How to Get a European Passport & Full EU Citizenship

It is not surprising that many foreigners are eager to become European citizens and, along with it, acquire a passport from a top-tier EU nation. European citizenship is highly sought after, but not necessarily easy to acquire. It all depends on your situation and means.

What is a European Citizenship?

Citizenship from the EU allows you to enjoy the benefits that come from having the right to move, settle and be employed all across the 28 EU member countries. A passport from any one of the member countries gives you access, privileges and rights to move freely across any border in over two dozen countries, have access to visa-free travel, and a national care system that are some of the best in the world. It is for these reason that has made Euporan citizenship one of the most coveted and sought-after titles to hold.

Why an EU Citizenship & What are the Benefits?

There are a number of reasons why anyone would want to move and live in European Union. Here are just a few:

How to Become a European Citizen?

There are three distinct ways to become a European citizen: by descent, naturalisation, or investment. The best route for each individual will depend upon their own circumstances, as well as the country in which they want to acquire EU citizenship. 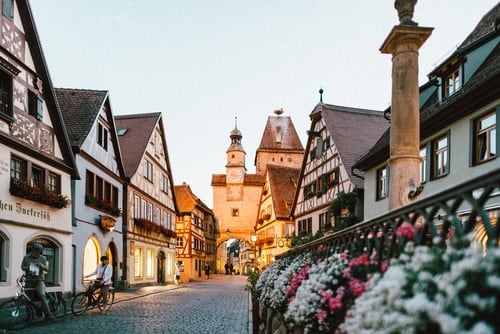 6 Ways to Get a European Passport

Citizenship by descent (aka ancestry) is by far the easiest and cheapest way to become a European citizen for those who are eligible. In order to qualify, you need to have either parents, grandparents, or in some cases, great-grandparents who are/were born citizens of the European country in question. The number of generations which you can trace back to qualify depends on the particular country’s citizenship by descent rules.

The following European nations all have established citizenship by descent programs in place: Germany, Greece, Hungary, Italy, Ireland, Lithuania, UK, and Poland (among others).

Citizenship by descent is the best option due to the fact that it usually costs well under $1000 and can be completed in a few months to a year in most cases. Unfortunately, not everyone is lucky enough to have European ancestry, which means they should pursue one of the other two methods outlined below.

The next, and most common option is to acquire European citizenship through a naturalisation process. This is a more varied option, with numerous different routes, timelines, and costs involved. The first, and most important point to stress is that obtaining citizenship by naturalisation inevitably takes time and effort, irrespective of the specific route taken. However, it is the only viable option for many.

In almost every European country, it is possible to qualify for residence if you manage to get a full-time job there, start paying taxes, and fulfil other basic criteria. After a certain period of time (usually about 5 - 10 years), you will then be eligible to apply for citizenship.

Marrying an EU citizen usually ensures a fast-track process to residency and thereafter citizenship. The process followed is much the same as others acquiring citizenship by naturalisation, but the timeline can be significantly shortened in some European countries.

Several European countries offer residency permits to those who start a business. There are usually strict criteria governing what is deemed a “real” business, and the applicant should physically reside in the country while they are going through the process. European countries which offer residence to business owners include Belgium, Estonia, Lithuania, Slovakia, Hungary, and Latvia.

The final way to become a naturalised EU citizen is to start by obtaining residency by investment. This differs to the various citizenship by investment programs offered in the Caribbean and other parts of the world, in that you are not immediately granted citizenship once you have made your investment. You will need to undergo the naturalisation process just like everyone else, but it is a sure and fast way to get your foot in the door with residency.

These programs have commonly become known as “Golden Visas”. The two most popular Golden Visa programs in Europe are offered by Portugal and Spain. Both will set you back around EUR 500,000. There are other options offered by Greece, Latvia, and Bulgaria. These tend to be cheaper, but are more complicated and there is less certainty of successfully being granted residency. 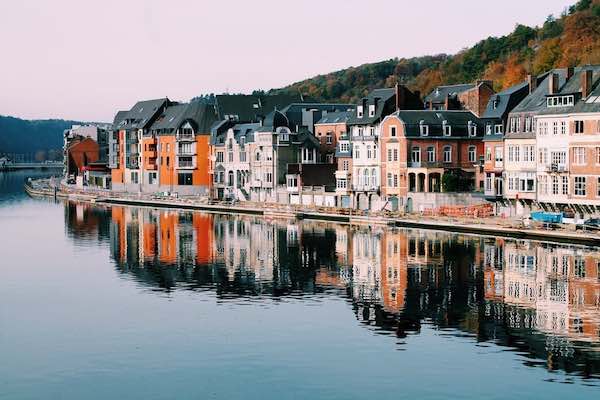 The final way to become a European citizen is through “investment” (i.e., by buying citizenship). Citizenship by Investment programs have grown in popularity among Tier B nations offering quick and easy citizenship by making an investment/donation to the country’s economy. These programs are mostly found in the Caribbean.

Historically, there has been two European citizenship by investment options available: Cyprus and Malta.

Unfortunately, Cyprus recently suspended their program, however, there have been new programs that have been born as the need of second citizenships and passports have risen dramatically.

The program is formally called the Malta Individual Investor Program and is targeted to high net worth clients requires a donation of either EUR 600,000 or EUR 750,000 (the latter reduces the 36-month process to 12 months), plus EUR 50,000 for spouse and/or any dependents.

The program is currently one of a kind in Europe. There are no other programs in the EU that gives you citizenship in 1 year for 750,000EUR which gives you the ability to live, work and have all the rights of a Maltese citizen and access to 156 countries visa free. It is required that your purchase a house for 700,000 EUR and hold the property for a minimum of five years as well as give a 10,000 EUR donation as well as 10,000 EUR for the due diligence.

Europe offers a number of other programs toward citizenships that are often called Golden Visas, which are essentially the ability to get residency through investment. After x number of years you then become qualified to apply for citizenship. The only difference with these programs is that these take longer and they have slightly different obligations than the citizenship by investment programs in the Carribean for example which have minimal requirements and can be completed in as little as 1-3 months.

In order to qualify for Europe's golden visa programs, the primary requirement is that you live as a resident in the country, although in some cases you do not physically have to reside in the country. For example, Portugal has become one of the fastest-growing citizenship programs as there is no live-in-country requirements. 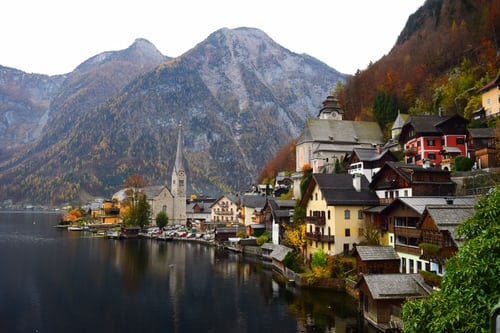 Cost: Investment is usually through donation, real estate, bonds, or other investment

Time frame: The time it takes to be able to apply for citizenship and a passport

What is the Easiest EU Citizenship to get?

Portugal is the easiest European citizenship that you can get in the EU. Their Golden visa program is extremely generous as it allows citizenship after only 5 years without the need to live in the country (you only need to visit for 2 weeks a year) giving you visa-free travel to 160 countries.

After five years the only thing you need to show is a basic grasp of the language and proof of ties to the country which usually comes in the form of investment, business, property etc. The cost is 350,000 EUR where you can buy a property or piece of real estate that have been approved (which are usually blocks of land that require renovation) which would qualify you for citizenship.

What is the fastest way to get an EU Passport?

Malta offers the fastest way to get European citizenship. In 12 months and a donation of 750,000 EUR together with an investment of 700,000 EUR in real estate, you can get your Maltese passport which will give you access to the rest of the EU and visa-free travel to 180 countries. 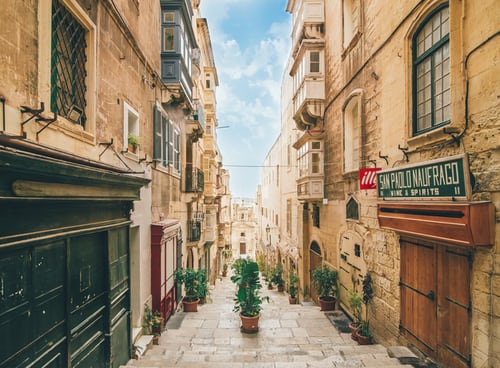 Is European Citizenship the Best Option for You?

European citizenship and a second passport undoubtedly comes with a host of advantages as was mentioned above.

However, it is important to consider whether going through the process of becoming a European citizen is really the best option for you.

A European passport is the holy grail of passports, but this also means that it is not easy to get. For those who qualify for European citizenship by descent, the process can be quite straightforward and easy.

However, for everyone else looking to acquire European citizenship through other avenues, they should be warned in advance that it is not an easy process. In almost all cases it will require a combination of time, money, and effort.

There are extensive background checks and stringent requirements to qualify (such as fulfilling physical presence requirements to maintain residency, learning the language and culture, etc.).

Even after a lengthy naturalisation process, there are no guarantees of finally being successful in becoming a full citizen.

For the reasons mentioned above, it is worth considering the alternative options available. Aside from being easier, there is a good chance that some of these alternatives would be just as well suited to your particular needs, if not even better.

If you can not get citizenship through marriage, descent or naturalization then the last option is through investment.

There are many countries which offer much easier access to permanent residency and/or second citizenship which are cheaper and quicker than the Malta or Portugal programs many of which are found in the Caribbean. These countries offer good Tier B passports which are often perfectly sufficient, especially for those who already own a Tier A passport from a major nation such as the US, Australia, or Canada.

Places like Nevis & St. Kitts and Dominica have some of the most popular citizenship programs in the world. They offer full citizenship with minimal investment and no need to visit the country beforehand.

Read more about our best citizenships by investments here where we go into more detail about the best 3 Caribbean citizenship programs that we offer.

You might find that there are other second citizenship options available to you which are cheaper, easier, and potentially better suited to your own situation.

Though in every case, unless you can get citizenship through descent, marriage, or naturalization Caribbean CBI programs are the best programs around as they are much cheaper (approx 150,000USD), can be completed quicker (1-3 months) and have far fewer requirements than other European Golden Visa programs.

That being said if you do have the time, money and patience then an EU passport is an unparalleled investment.

Becoming a European citizen is a golden ticket for many. However, it is also important to analyze your situation and needs before deciding to venture out on the path because of the time, effort, and monetary commitments involved. While there are definitely easier paths toward requiring second citizenship having a European passport is still the world's golden ticket.

A Personalised Plan Makes Sure You Are Protected.

No Obligation. No-Risk. Completely Confidential.
Tailor-Made Customised Offshore Solutions.
Made Completely For You.

Disclaimer: Information on this site does not constitute legal or tax advice.
Though we try and keep information up-to-date, company and tax laws change.
Please seek a qualified representative for advice.