Everything You Need to Know About an Offshore Company: Definition, Benefits & How it Works

An offshore company definition, however, is not that simple and will have varying definitions depending upon the circumstances. The term "offshore" is what often appears confusing to most people and is used in contrast to traditional "onshore" companies.

While an "onshore company" refers to a domestic company that exists and functions within the borders of a country, an offshore company in comparison is an entity that conducts all of its transactions outside the borders where it is incorporated. Because it is owned and exists as a non-resident entity, it is not liable to local taxation, as all of its financial transactions are made outside the boundaries of the jurisdiction where it is located.

Why would anyone want to have a company that is located outside of where they live?

Most people start an offshore company in foreign jurisdictions in order to make the most of local laws that offer low or no tax advantages to non-resident companies.

How Do Offshore Companies Work?

An offshore company works as a corporate entity that is allowed to trade, hold assets and conduct normal business activities legally outside of the jurisdiction where it is incorporated. Offshore countries offer tax exemption to companies that move to or are incorporated within the jurisdiction if they limit their transactions and dealings to outside of the country's borders.

Companies that are formed in such offshore jurisdictions are non-resident because they do not conduct any financial transactions within their borders and are owned by a non-resident. 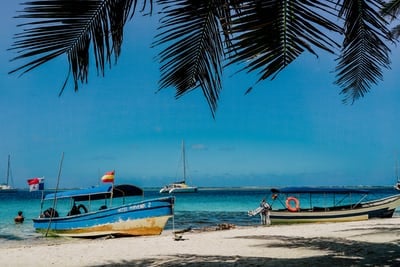 What is an Offshore Corporation All About?

Forming an offshore company outside the country of one's own residence adds additional protection that is found only when a company is incorporated in a separate legal system. A separate legal and court system makes it much harder for malicious entities to break into your accounts and assets.

Because offshore companies are recognized as a separate legal entity it operates as a separate person, distinct from their owners or directors. This separation of powers makes a distinction between the owners and the company. Any actions, debts, or liabilities taken on by the company are not passed to its directors or members.

All debts and financial liabilities taken on by the company becomes separate from owners which protect the assets of owners and directors affiliated with the company. While there is no single standard by which to measure an offshore company in all offshore jurisdictions, there are a number of attributes and distinctions unique to specific financial centres that are considered to be offshore centres.

As we have said because an offshore company is a non-resident and conducts its transactions abroad it is not bound by local corporate taxes in the country that it is incorporated. In other words, although the company is incorporated in a country such as the Bahamas it would not be liable to local corporate taxation because the company only deals in transactions outside the borders of the Bahamas. If a Bahamas IBC company does not engage in any local transactions it, therefore, remains free from all local taxation including corporate tax, income tax, capital gains, etc...

The primary difference between local and foreign entities is determined by their residency/non-residency status which is what distinguishes an 'onshore' vs offshore company. While companies that are formed onshore are subject to the laws and tax codes of that particular state, offshore companies are not bound by local tax statutes because it does not have any business dealings within the country.

Traditional onshore countries such as the UK and US, typically seen as onshore financial centers actually have offshore or non-resident corporate policies that allow foreign companies to incorporate. These corporate structures also are able to be free from local taxation even though they are formed in a typical high tax onshore environment. Ironically one of the biggest tax havens in the world is not the Bahamas, or BVI, or anywhere else in the Caribbean but is in the states of Delaware and Wyoming in the United States.

What Can I Use an Offshore Company Formation For?

An offshore company can be used for any purposes similar to a local domestic company such as: opening and holding bank accounts, entering into any sort of lawful agreement, holding digital or physical assets, conducting transactions as well as starting and operating a business. Offshore Companies are often called International Business Companies or (IBCs) which generally demarcate them from a traditional domestic companies. Other terms are also used such as non-resident companies and foreign corporations but they generally all refer to the same type of structure.

Forming an offshore company provides many advantages no matter what you are looking for, whether its asset protection, privacy, or tax reduction. Creating an offshore structure allows you to move your business from a high-tax high regulation jurisdiction to a country where you are able to take advantage of local corporate laws and liberal company regulations. 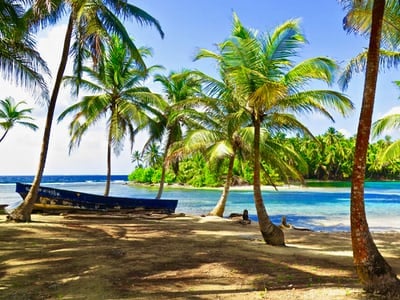 Choosing the best place to form your company is about what is best for you and your business and what local environment best suits your personal needs. Each country has its own unique financial environment that offers particular advantages for different businesses.

Finding the best offshore jurisdictions to form your offshore company is different for each individual.

The top countries that we use and are currently the best offshore company formations jurisdictions are:

You can find a list of 30+ offshore jurisdictions here, where we offer offshore company formation services.

For more information on finding the best country to form your offshore company go here.

Individuals and companies choose to form an offshore company primarily for several reasons. While there are differences between each offshore jurisdiction, they tend to have the following similarities: 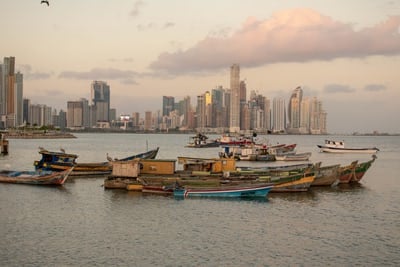 One of the most compelling reasons to use an offshore entity is that when you use an offshore corporate structure it separates you from your business as well as assets and liabilities. As an entity, it takes on a separate legal identity separate from those who own it.

Financial transactions and business dealings would then be carried through the name of the business rather than a single individual.

Most offshore financial centres have company registries that are not open to the public which provides confidentiality for directors and shareholders.

All the details of the company and its accounts are not open to the public unless there is a criminal investigation. While each country has its own level of transparency, you are more able to remain anonymous (depending on the country and your tax obligations with the country where you live) with your assets and company structure if it's kept at arm's length.

Most countries that act as offshore financial centres offer special taxation status to non-resident companies that are incorporated in the country.

These offshore business structures hold a special status that makes them nonliable to local domestic taxation nor are they obligated to pay taxes on their worldwide income, capital gains or income tax. Your taxation obligation may be more complicated depending upon the country where you live and its CFC laws, the offshore formation structure and the country where you incorporate.

Offshore jurisdictions have created simplified corporate laws in an effort to attract foreign companies and individuals by simplifying regulations and by lowering the amount of bureaucratic red-tape.

Some of these simplified policies include no auditing nor financial reporting requirements as well as no secretaries nor the need to hold company meetings.

Separating your assets from you as an individual gives you a layer of protection should you be targeted by a lawsuit. Shielding your assets with an offshore structure, whether that's an LLC, Trust or Foundation, makes it much more difficult to tie you to your assets.

Whenever you have an investment or assets, it is important that they remain distinct from your person; this ensures that they will not be liable to any of the debts that you incur as an individual. This is enabled by the fact that the structure takes on a legal right to incur debts/liabilities like that of a legal person.

An offshore company separates you from the business entity and because the offshore structure is located in an overseas jurisdiction there is a separate legal system and set of laws that help protect the company should it become targeted in any asset search or lawsuit.

Most foreign offshore countries do not respect local court orders unless there is a criminal investigation with significant evidence of wrongdoing in order to break into assets of an offshore structure. Countries that have an offshore financial center impose significant barriers to entry that prevent only the most strong-willed creditor the ability to break into the structure.

The Choice is Yours

Offshore company incorporation offers a number of benefits that allow businesses the ability to get global benefits by taking advantage of local conditions.

Incorporating offshore is becoming easier and more profitable as boundaries widen and people's access to different countries and their markets becomes more accessible through the reduction of barriers brought by the increase in global communication.

So the question is, are you ready to take advantage of the global possibilities?