Difference between Onshore and Offshore

In this article, we will highlight some of the differences between onshore and offshore jurisdictions as well as some of their benefits and shortcomings.

Difference between Onshore and Offshore

Onshore companies or an onshore environment refers to the dealings and transactions between two entities which are conducted within a country's borders and are subjected to state corporate regulations and taxation.

Onshore companies can be thought of as traditional private limited companies for example incorporated in high tax financial centers usually found in western countries such as those in Europe (however these countries can still have elements that resemble offshore centers).

Onshore companies are used as a vechile for conducting business in the country in which they are located. This is because they do not have restrictions on being able to conduct business locally (in contrast to offshore companies). They also offer reduced language and cultural barriers for conducting business in that jurisdiction, as well as providing access to a local skilled labour force.

Onshore companies are more conventional and do not receive the same type of preferential treatment which is often availed to offshore companies. Having an onshore company means being subjected to all the ordinary state controls and local company regulations. Other disadvantages include: 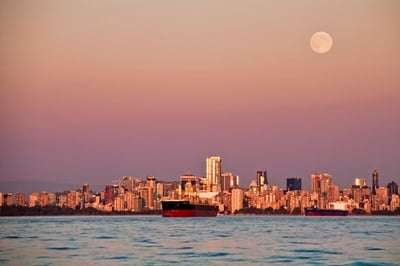 These companies are usually established in specific jurisdictions that offer preferential tax treatment, and other key advantages in comparison to onshore companies which are incorporated within and conducts its affairs within the state.

Certain favourable offshore jurisdictions have created ideal environments for offshore companies which offer numerous advantages such as reduced taxes, lower costs, greater privacy, and more corporate flexibility. The incentive for these jurisdictions is that they are able to attract a significant amount of government fees and foreign capital and therefore benefit from the increased financial inflows.

Some of the most popular jurisdictions which offer preferential treatment and benefits to offshore companies include:

The main advantage of offshore companies is that they receive preferential tax options which result in very low or even zero taxes depending on the jurisdiction of choice. There are numerous other advantages to an offshore company, including:

While there are numerous key advantages to offshore companies, there are a few drawbacks to bear in mind, as well as reasons why they are not suitable in all situations. Some disadvantages include: 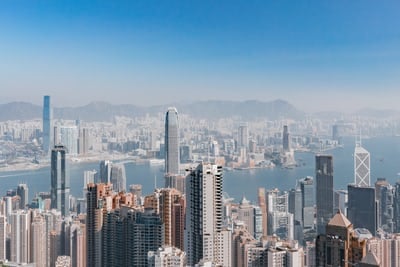 Mid-Shore Companies: The Best of Both Worlds

There exists a third category, known as “mid-shore companies”. These are formed in jurisdictions which enable one to incorporate a company that has certain features of both offshore and onshore companies.

Mid-shore companies are becoming increasingly popular, as they provide the best of both worlds. The exact structure of mid-shore companies varies depending on the host country, but the basic idea is that they come with some of the key benefits of both offshore and onshore companies. This usually means a preferential tax system and other economic benefits, but fewer restrictions with greater transparency and reputability.

Examples of popular jurisdictions which offer mid-shore hybrid models include:

Mid-shore companies are perfect for those who need a more specialised solution to suit their unique situation and want access to the benefits of both worlds.

Where Should you Incorporate Your Business?

The final choice about whether to incorporate an onshore, offshore, or mid-shore company will naturally depend on your specific needs and circumstances. As always, there is no “one size fits all” solution.

If your intention is to start a more conventional, locally based company and you wish to conduct business within your own jurisdiction, then an onshore company is the obvious choice. However, if you have a more unique or complex set of financial requirements for your corporate structure, and your primary intention is to optimise your taxes and ensure greater asset protection and privacy, then an offshore or mid-shore company type would be worth considering.

The decision doesn’t end there. If you do decide that a mid-shore or offshore company would best suit your needs, the next step is to find out exactly which jurisdiction and corporate structure is optimum for your goals.

In doing this, you need to carefully consider the regulatory environment and rules of each particular jurisdiction and the influence they will have. The tax treatment of offshore companies, privacy laws, and reporting requirements are all important factors in choosing the most suitable offshore environment.

To help make the choice and incorporation process easier, it is always highly advised to seek expert guidance and support.