Nevis offers companies and individuals ideal conditions for those looking to form an offshore company in an English-speaking jurisdiction, with a stable democracy, an easy-to-understand legal system founded on British Common Law together with a modernized corporate climate and an open economy.

In addition to being known as one of the most flexible tax havens for offshore formation, Nevis, offers an idyllic tropical climate. With its close proximity to Miami and only one hour ahead of New York's time zone, you may also want to consider this Caribbean island nation as a retirement destination.

Nevis is one of the most sought after jurisdictions for offshore banking and insurance possibilities as well as offshore company formation that has strong security and asset protection clauses. Nevis has a great reputation amongst the Caribbean island and is now considered a leader in offshore sector largely in part due to the popularity of the Nevis LLC and Trust and to a less extent because of its Multiform Foundation (which is actually one of our favourites, it just doesn't get that much press). 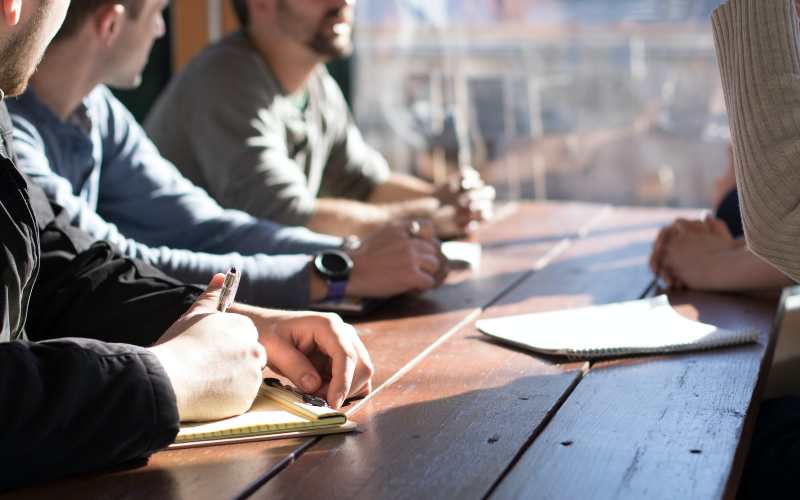 Benefits of Nevis as a Tax Haven

In-Depth Information About Nevis as a Tax Haven

Nevis, with its companion country of St. Kitts is located in the southeastern part of the Caribbean Sea in the Leeward Islands. The two entities combined make up the smallest sovereign state in the New World, both in size and in population. The two islands are of volcanic origin and are separated by a two-mile, shallow channel.

These two tropical islands lie approximately 1,200 miles from Miami, Florida and are east and slightly to the south of Puerto Rico and the U.S. Virgin Islands. The nearest islands are Anguilla, Antigua, Montserrat, and Guadeloupe. Nevis is in the UTC-4 time zone and is one hour ahead of New York and other Eastern Seaboard cities.

Nevis, along with St. Kitts, had been governed by England since early in the 17th century. For its part, Nevis was looked upon as being the Caribbean's 'richest jewel'. St. Kitts, founded in 1632, was the first British colony to be established in the Caribbean and was known as both the 'Mother Colony' and the 'cradle' of the Caribbean.

Both islands were for a time a part of the Crown Colony of the Leeward Islands and later became a part of the West Indies Federation. Both became governing states within the British Commonwealth in 1967, the two forming a federation together with Anguilla, which later seceded. In 1983 St. Kitts and Nevis achieved full independence from Great Britain although both still enjoy Commonwealth status.

Technically, the Federation of St. Kitts and Nevis is a Constitutional Monarchy, as the Queen of England is the Head of State. The Queen is represented by a Governor General, who has a number of constitutional duties and, on the surface, appears to have sweeping powers, but in reality can, in most instances, only act upon the advice of the prime minister.

The Head of Government of the Federation is the Prime Minister. There is a unicameral assembly, the National Assembly, which is the legislative branch of the government and consists of 15 members. Eleven of these members are directly elected while three are appointed by the Governor General. Two of the three are appointed upon the advice of the Prime Minister and the third is appointed upon the advice of the leader of the opposition party. These three hold the title of senators, while the attorney general is automatically given a seat as a fourth senator.

Since its beginnings, the government of the Federation has been characterized by political stability and continuity in its actions. General elections are held every five years excepting those times when the assembly has been dissolved by the Governor General, requiring elections to be scheduled.

The High Court, located on St. Kitts, represents the judicial branch of the government.

In addition to the benefits provided to the Nevisian economy by the offshore business sector, the tourist industry is a major driver of the economy, thanks to ongoing efforts to improve the island's infrastructure and increase the number of tourist-oriented developments.

The United States is the island's major trading partner, accounting for more than two-thirds of the total of both imports and exports. United Nations' data combines economic growth data for Nevis with that of St. Kitts, as do many other sources, but the growth statistics for both islands parallel one another in most cases.

As of 2011, Nevis had a significant trade deposit and the ratio of the country's debt to its  gross national product was also unfavorable although the balance of payments has been improving. Both the GDP and per capita income have shown increases in recent years. Exchange rates (Eastern Caribbean dollars vs. U.S. Dollars) have held steady over the past decade.

Airline service to both St. Kitts and Nevis is mostly provided by Caribbean-based airlines. There is a direct connection between St. Kitts and Miami. St. Kitts has a deep-water port. Nevis can accommodate smaller vessels and is developing a port facility capable of servicing the smaller cruise ships. Both islands have cable and wireless services. More than 75% of the population uses the Internet.

The largest of the Nevis banks, where either personal or corporate accounts can be opened is the A&P Intertrust Corporation. A personal visit to the bank is not required to open an account. There are also several Nevis trust companies on the island and a number of Nevis capital LLC companies located outside of the island including in the United States. These banking and trust companies provide the necessary information and assistance in Nevis offshore company formation as well as Nevis company formation and Nevis LLC formation.

Nevis was at one time blacklisted as a tax haven by the Organization of Economic Cooperation and Development (OECD). This was part of a blanket blacklisting and there was no specific indication of wrongdoing  on the part of Nevis or its island partner, St. Kitts. Nevertheless, the Federation took steps to ensure their books were in order.

St. Kitts and Nevis were eventually placed on the grey list and in 2010 the Federation was placed on the OECD white list. The federation has signed tax information exchange agreements (TIEAs) with a number of countries since that time.

The Citizenship by Residency Program has been in effect since 1984. Nevis claims to have a very high approval rating for upstanding citizens with the citizenship process usually taking less than 6 months. There are no dual-citizenship restrictions, and there are no taxes to be paid for citizens who decide to reside in St. Kitts or Nevis. Both citizenship and residency bring with them generous incentive packages. A citizen or resident of Nevis can reside in most other Caribbean countries as well.

Those who live on Nevis are referred to as Nevisians, while residents of St. Kitts are called Kittitians. Folklore plays a major role in the culture of the islands. The population has a tendency towards being very superstitious and fearful of black magic, a common fear among many inhabitants of the Caribbean.

Nevisians mainly celebrate the traditional English Holidays including the Prince of Wales' Birthday. Labor Day on Nevis is celebrated on May 1st and Independence Day falls on September 19th.

Culturana, the Nevis equivalent of Carnival is held in late July while Carnival on St. Kitts is held from December 25 to January 2nd.

Perhaps one of the more unusual characteristics for a tropical island is the way those on Nevis dress. Western style clothing is the norm, with women wearing skirts and dresses and men wearing shirts and ties, especially on business occasions, or as a minimum, button-down shirts. School children wear uniforms, and on weekends, people tend to dress up rather than dress down.

Family relationships on Nevis are very strong, as is family loyalty with many households including members of the extended family in addition to the immediate family.

The purpose behind the absence of controls is that of encouraging foreign direct investment and encouraging companies to locate in Nevis. With respect to Nevis banking, the government of St. Kitts and Nevis is home to both the Eastern Caribbean Securities Exchange and the Eastern Caribbean Central Bank. In addition to an absence of exchange controls, Nevis does not have tax treaties with other countries and will not exchange tax information with other countries.

Nevis law is based on English common law. With respect to offshore companies, Nevis law is based upon Nevis LLC legislation which is modeled after the Delaware LLC Act. Nevis asset protection is superior to that of most other offshore jurisdictions.

Nevis places significant restrictions on the rights of creditors; more so than is the case with Delaware LLC law. Nevis courts do not recognize U.S. judgments or judicial orders nor do they enforce them.

The Nevis Business Corporation Act Ordinance, No. 3 was enacted in 1984. The Act is along the lines of the Delaware LLC Act, although the Nevis Act has been updated a number of times since 1984.

The Act was updated in 2011 and is currently titled the Nevis Business Corporation (Amendment) Ordinance, 2011. The 1984 Act, Ordinance No. 3 is now referred to as the Principal Ordinance.

The amended ordinance requires that offshore companies keep detailed records and explanations of all transactions and should be able to allow their financial position to be determined at any time, within a reasonable period of time. The directors of these companies may keep these records at the address of the registered agent or in any other location where the directors think fit.