The British Virgin Islands as a tax haven has proven to be one of the most attractive places in the world for establishing an offshore business. This British territory has up-to-date company laws and regulations that have been specifically designed to attract offshore investors.

The British Virgin Islands (BVI) has an open economy that is driven largely by the financial sector, as well as tax laws coupled with a strong regulatory framework that highly favors doing business in the territory.

The BVI is a member of the International Organization of Securities Commissions (IOSCO), the Caribbean Financial Action Task Force and the Organization for Economic Cooperation and Development (OECD), and has been 'whitelisted' by all three organizations and continues to remain in good standing with all other international financial bodies.

The BVI island's offshore company formation industry is governed by the BVI Business Companies Act, enacted in 2004 which has revamped the country's company legislation. The country receives nearly 1/3 of its GDP from offshore formation licensing fees and other financial services such as opening bank accounts and remains an important aspect in the country's future development.

It has incorporated nearly 40% of the world's offshore companies and has formed over 600,000 companies since it began forming non-resident companies. It has recently signed the Multilateral Convention on Mutual Assistance in Tax Matters, is compliant with the FATF and OECD and has never been blacklisted. 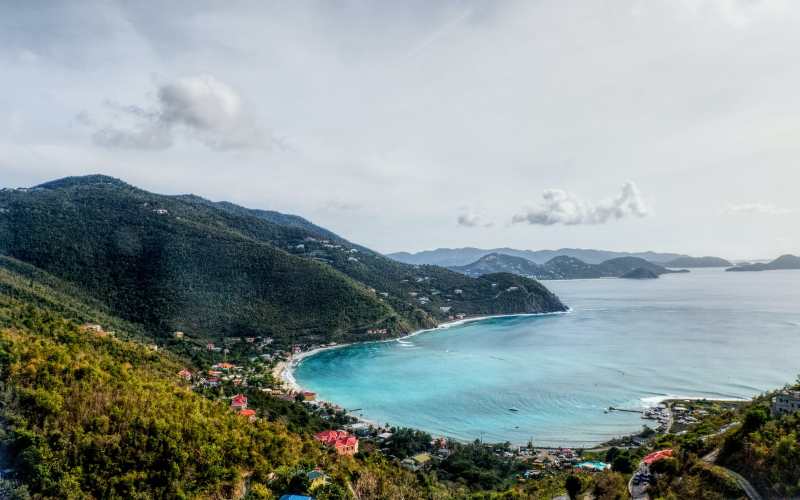 It has signed the Common Reporting Startaeds (CRS) in 2017 and continues to follow international guidelines on KYC laws and money laundering initiatives.The passing of the new BOSS Act (Beneficial Ownership Secure Search Act) makes it difficult for beneficial owners to remain anonymous as they are uploaded into the government's registry.

The British Virgin Islands is a compliant jurisdiction, which has never been blacklisted by the FATF and the OECD. It has started to implement OECD’s automatic exchange of information for tax purposes (AEoI) through the Common Reporting Standard (CRS) in 2017.

The British Virgin Island economy is the most prosperous in the Caribbean. Together with a well-established offshore banking and offshore investment environment together with a strong legal and accounting presence, the BVI's give you everything you could ask for an offshore financial jurisdiction.

Benefits of BVI as a Tax Haven

The British Virgin Islands are located in the Eastern Caribbean. The territory lies to the east of Puerto Rico and is in close proximity to the northeast of the US Virgin Islands. There are approximately 60 islands and islets in the BVI of which 16 are inhabited. The total land area is 151 square miles and the largest island is Tortola, which is where the capital and commercial center is located. The islands that make up this British Territory are either flat coral islands or steep and hilly volcanic islands. Constant trade winds make the BVI climate both subtropical and pleasant.

The House of Assembly is a unicameral body consisting of 13 elected seats together with one non-voting member, the attorney general. Members are elected by popular vote and serve four-year terms. The highest court is the Eastern Caribbean Supreme Court.

The British Virgin Islands features one of the most prosperous economies in the Caribbean with a per capita GDP that ranks within the top 20 in the world. Approximately 60% of the BVI economy is based on financial services, primarily offshore financial services, with the bulk of the remainder based on tourism as the BVI’s have become a cruise ship destination in recent years.

There were nearly 448,000 active BVI companies in 2012, with company incorporation fees accounting for nearly half the BVI’s annual revenues. The territory is amongst the largest in the world for the formation of offshore investment funds, second only to the Cayman Islands. Similarly, the islands attract a huge amount of foreign direct investment and is second only to Hong Kong with current estimates amounting to upwards of US$125 billion a year.

What is now the British Virgin Islands was first sighted by Christopher Columbus is 1493. The Dutch were the first to establish a European presence on the islands but came under British rule in 1666.

The national holiday in the BVI is Territory Day, which is celebrated on July 1. Among the various events and festivals of importance, the most important is the Emancipation Festival, an annual event celebrating the end of slavery in 1843. The love of water sports that is characteristic of the islands' inhabitants makes itself known during the Spring Regatta. There is also an annual Music Festival, an Easter Festival, and a Christmas on Main Street event held each year in the capital. The close ties between the BVI and the US Virgin Islands are celebrated once a year on BVI/USVI Friendship Day.

All BVI citizens are British citizens and can travel on a UK passport and work in the UK and in the EU. The citizens of the Territory are called British Virgin Islanders. Approximately 85% of the population is Protestant while 10% is considered to be Roman Catholic. The literacy rate of the population over 15 years of age in the BVI is 98.2%. Exchange Control

The British Virgin Islands has no exchange controls. The US dollar is both legal tender and the standard local currency. There are no restrictions on the movement of dollar funds into or out of the BVI. Holders of US dollars may freely convert them to other currencies.

The BVI Financial Services Commission is the single financial services regulator in the territory and in conjunction with the British Virgin Islands corporate registry is responsible for authorizing and registering companies or individuals to conduct business in the territory.

The British Virgin Islands law is based heavily on English Common Law. The territory's laws that apply to BVI companies, including offshore companies, are modern and up-to-date and reflect the rapidly changing international financial landscape that includes regulations that address the use of e-commerce.

The principal statute for BVI company law is the BVI Business Companies Act 2004. This statute supersedes the International Business Companies Act, which was based on Delaware Company law. This newer statute is based on the New Zealand statute and applies to both local and offshore businesses. The passage of the Act was designed to make BVI more attractive as an offshore financial center.

Visit the page below for more information and/or to order BVI-based offshore company incorporations: