The U.K. as an Offshore Tax Haven

There are many possibilities given to potential companies looking to establish themselves within the UK. Being an international financial, cultural and commercial centre gives many incentives to the prospective company looking to go offshore. The UK is one of the worlds leading financial centres with over 300 banks and 9,000 branches and is rated as second in the worlds top financial centres.

Though the UK is not commonly associated as an offshore tax haven it has most all the same features as a traditional offshore jurisdiction, yet remains a modern financial centre. With close geographical proximity to Europe, access to European and global markets, the possibility of benefiting from various trade agreements, and access to a number of the UK’s Double Taxations treaties, the opportunities are endless. The UK has some of the worlds leading banks making it far easier to open an offshore bank than in many other offshore centres.

The UK offers several offshore products, some of which offer tax-through structures that make one's company free from paying local taxes, such as the UK LLP and thus are afforded the same prospects as an offshore company, all the while maintaining the prestige and respectability that traditionally comes from incorporating in a high-tax jurisdiction. 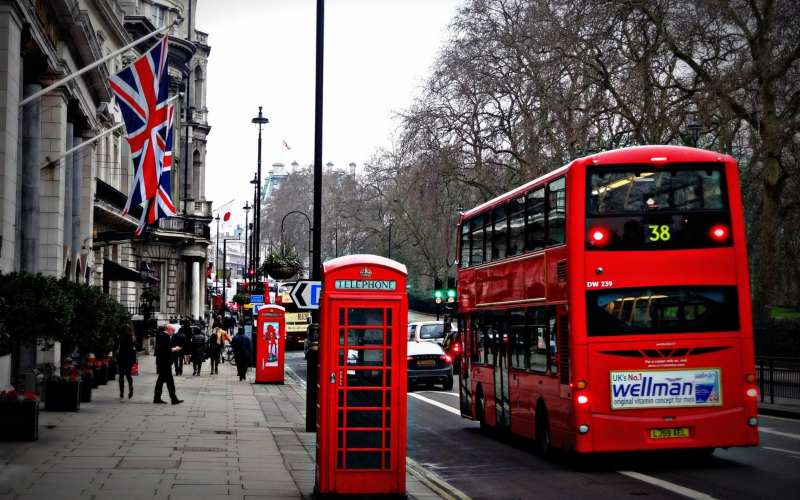 Benefits of Setting up an Offshore Business in the UK

Background Information about the UK as a Tax Haven

The UK consists of four countries: England, Scotland, Wales and Northern Ireland, with the latter three having their own decentralized form of governance and administration. The UK also has fourteen Overseas Territories. Apart from Northern Ireland, the UK is surrounded by water, including the Atlantic Ocean, the North Sea, the English Channel and the Celtic Sea.

The UK is a constitutional monarchy with a parliamentary system of governance that is based off of the Westminster system. Executive power rests in the hands of Her Majesty’s Government the prime minister and the cabinet who are all members of the Privy Council. Legislative power is within the bicameral parliament: the House of Commons and the House of Lords, the former being elected and the later appointed.

The House of Commons is elected through each constituency, which elects one member to represent them in a 650 seat parliament. The judiciary is separate from the other two branches of government with the highest court being the Supreme Court of the UK.

Queen Elizabeth II is the head of state with the prime minister being the head of the government who commands the confidence of the House of Commons. The prime minster chooses a cabinet which are appointed by the monarch, but which remains mostly in formality.

The UK political system is based off of a multi-party system, though within modern times there are only three major political parties with the first two dominating politics: the Conservative Party, the Labour Party, and the Liberal Democrats, which are the conservative, socialist, and social-liberal parties respectively. One party usually claims majority through the use of First Past the Post electoral system.

The UK is a member of the European Economic Community since 1973 and has played a pivotal role within the European Union. The UK is also a member of a number of international and regional organizations including the UN, G8, ICC, WHO, WTO to name a few.

The UK has a wide global influence economically, culturally, and politically, the effects of which are seen in many countries throughout the world. The UK was the first country to ‘industrialise’ back in the 18th century and since are world leaders is a number of industries.

The UK has a GDP of USD 3,153 trillion with the world's fifth-largest economy in terms of nominal GDP and tenth-largest by Purchasing Power Parity (PPP) (2014). The UK is considered a developed country with a high-income economy and Human Development Indie (HDI). The UK has a GDP per capita of USD 39,225 that gives it a ranking of 27th in the world (2015).

The UK is seen as one of the world’s most globalised economies and is the 4th largest exporter and importer in the world. The services sector dominates the British economy, which accounts for 78% of the GDP. London is seen as the world’s largest financial centre and has a significant pharmaceutical, automotive and aerospace industry.

The agricultural system in the UK is highly intensive and produces roughly 60% of the country’s foodstuffs needs. While two-thirds of the arable land is used for livestock, one third is used for crops that add 10 billion pounds to the economy annually.

The construction industry is valued at 90 billion pounds and employs 2.2 million people. And lastly, production, which includes: manufacturing, electricity, gas and water, as well as the mining and quarrying industry, total 200 billion pounds annually.

The UK has a highly advanced and efficient infrastructure. There are nearly 344,000km of paved roads and over 16,000km of rail. The UK has three major international airports that handle of 210 million passengers a year. The UK also has a modern and expansive public transport system that runs throughout the country as well as a well-established world-class telecommunications network. 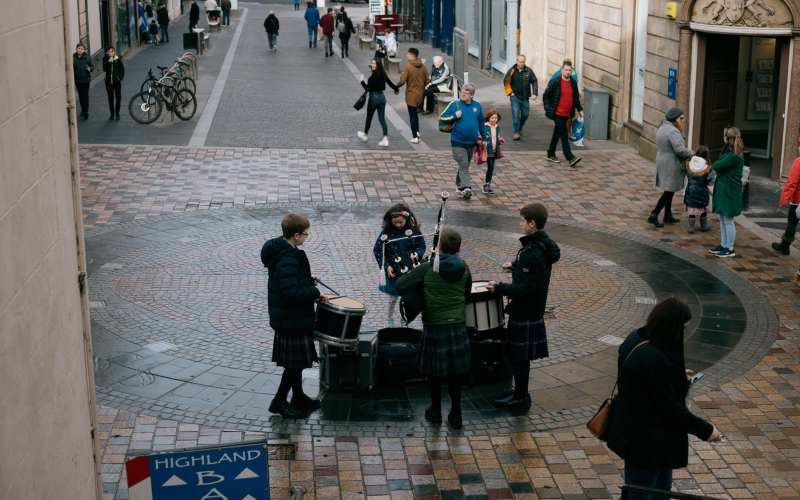 The UK has a rich cultural history in the arts, music, theatre and literature the effects of which have reached the world over through its extended influence as the former British Empire. British influence has been extensive in most every sphere of cultural and artistic creation giving the country a reference as a cultural superpower.

The English language is the official language in the UK, which was first spoken in the early medieval period in England, and is spoken as a mono-language by an estimated 95% of the population.

Welsh, Irish and Ulster Scots are spoken in several small areas throughout the UK, as well as Gaelic, which was given national language status in Scotland in 2005. There are a number of other languages that are spoken in the country as a result of the influx of immigrants from South Asia, Africa and Eastern Europe.

Historically, British people are descendants from a number of groups including Celts, Romans, Anglo-Saxons, Norse and the Normans. Before 1950s most of the population were considered to be of British descent, however, the rise of a number of immigrants was largely a result of the collapse of the British Empire, but also because of the famine in the 1950s, World War II and the UK’s entry into the EU.

As of 2011 87% were considered white, while 13% were from a number of countries around the world, though mostly from Africa and Asia.

Christianity has been the dominant religious faith in the UK for over a century and a half, though church attendance has dropped significantly in the mid 20th century.

With the influx of immigrants there has been a growth in a number of other religions, such as Islam, Hinduism, Sikhism, Judaism, and Buddhism, though they are still a vast minority compromising just a few per cent each. The vast majority 62% are Anglican, followed by 13.5% Catholic and 6% Presbyterian.

There are no exchange controls in the UK

The UK is based off of a common-law system, though it is divided into three distinct separate systems - English law, Northern Ireland law, and Scots law; though each are based upon common-law principles.

A company whose members are not a resident of the UK and do not carry business within the UK are not liable to pay any local UK taxes. Members-only need to pay taxes within the country of their residence. Members, partners or owners of a company are only liable to pay income tax upon the earnings made within the UK.

In the UK there is a corporate tax rate of 20% as of April (2015) that applies to all income that is generated within country. There is no double taxation on dividends distributed through to EU member countries.