Why Choose The Bahamas as a Tax Haven?

The Bahamas provides individuals and corporations an idyllic location as a long established tax haven to establish an offshore company. The Bahamas is a conglomeration of over 700 islands that lay close to the US, which remains its major trading partner. Being an English speaking country, the Bahamas attracts many people for its attractive beaches and its offshore financial market.

There have been significant changes since 2001 when the country was forced to change the nature of its offshore financial market, it has still been able to maintain its reputation as a premier destination for offshore company formation. The Bahamas tourism and offshore financial industry account for 60% and 30% of the country’s GDP respectively, both of which are supported by legislation that have supported the development and environment of each.

The Bahamas has a well established financial sector offering a wide range of offshore financial services and offshore bank accounts though it is a little more difficult to open an investment account, they still can open an account remotely and has low minimums. The islands benefit from a stable political environment, a progressive economy, and a diverse cultural landscape together with a high standard of living and a developed infrastructure all of which make Bahamas a supportive jurisdiction to establish an offshore company. 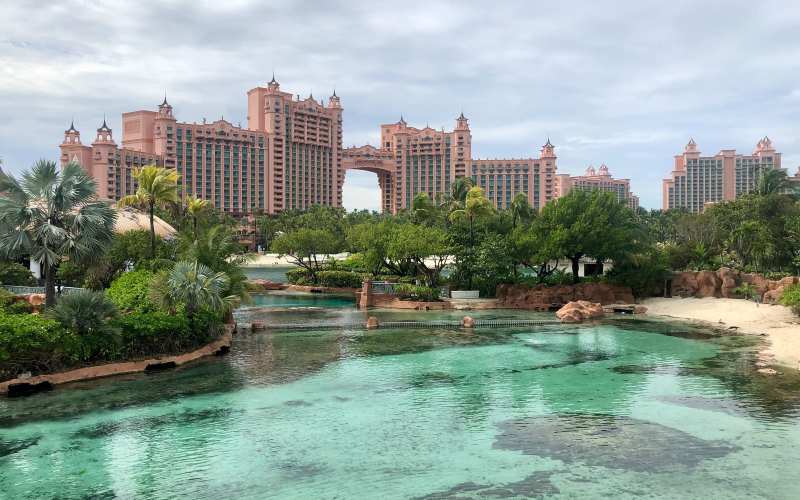 Offshore Banking in the Bahamas

Bank Accounts can generally be held in several different currencies and can be opened in a corporate of a personal account.

Background Information about The Bahamas as a Tax Haven

The Bahamas, officially referred to as the Commonwealth of the Bahamas is an archipelago in the North Atlantic Ocean north of Cuba and east of Florida. The majority of the islands in the Bahamas are 100 to 150 miles off the Florida coast; though the closest island lies just forty-five miles away.

The country exceeds over 180,000 square miles of ocean, while the islands cover only 5,358 square miles. The majority of the islands in the archipelago are flat, coral islands with some of the larger islands featuring low, rolling hills. Of the more than 700 islands and islets that make up the country only about 30 are inhabited. The two largest cities are Freeport and the capital Nassau, located on the Grand Bahama and New Providence Island respectively. The largest island is Andros Island in the Grand Bahamas Bank to the east of the Florida Keys. The climate is a mild, tropical marine climate, which is moderated by the warm waters of the Gulf Stream. The country exowned for its fine beaches and beautiful forests.

The Bahamas, once a British Crown colony, is now an independent nation and a constitutional parliamentary democracy within the Commonwealth. In 1964 the British Parliament authorized internal self-government in the islands. Nine years later the country achieved full independence.

The bicameral Parliament consists of 16 Senate seats and 38 House of Assembly seats. Senators are appointed, while members of the House of Assembly are elected by direct popular vote. All members of the Parliament serve 5-year terms. The highest court in The Bahamas is The Bahamas Court of Appeal, which consists of a court president and five justices.

During the first half of the 20th century Bahamian politics was dominated by the white residents of the island who were predominately wealthy merchants. The first two political parties were the Progressive Liberal Party (PLP) and the United Bahamian Party (UBP), with the former representing the disfranchised black majority of the population and the latter representing the wealthy merchant class. A third political party, the Free National Movement (FNM), came into being in the 1970s and for a time held the majority of the seats in the Parliament.

The Bahamas is one of the wealthiest Caribbean countries and it terms of per capita GNP it is just behind the United States and Canada. In 2013 the GDP was US$11.4 billion, while the per capita GDP was estimated at US$32,000. The Bahamian dollar is kept on a par with the United States dollar by the government and has been for several decades. The US dollar is a widely accepted currency in The Bahamas.

The economy of the country is largely based on tourism and tourist-driven housing and construction (60%) and offshore banking (36%). In the past, offshore banking was an even greater contributor to the economy, but since 2001 more stringent financial regulations drove many businesses away, many of whom sought out Bahamian offshore accounts for the purpose of tax evasion rather than to tax avoidance. Today, the Bahamas is one of the premier jurisdictions for the formation of offshore corporations as its regulations, though much stricter, are nevertheless generous as the government is still cooperative and has actively sought to encourage offshore investors.

The primary import partners of the country are the United States, India, Singapore and South Korea.  The main import commodities are machinery and transportation equipment, chemicals, mineral fuels and foodstuffs. Its principal export partners are South Korea, the United States, the Dominican Republic and Ecuador with the principal export commodities being mineral products, animal products, foodstuffs, live animals and rum.

The infrastructure in the country is modern and up-to-date. Over two-thirds of the population use cell phones and half the population are Internet users. The main islands are linked by a submarine cable designed to support broadband. The Bahamas is a landing point for the Americas Region Caribbean Ring System (ARCOS-1) and has submarine cable links to Central and South America and to the United States. Two satellite earth stations are located in The Bahamas.

There are 61 airports in the country including 4 international airports and a heliport. The Bahamas' merchant marine is the 10th largest in the world with over 1,000 vessels, most of which are foreign owned and include 57 container ships and 238 bulk carriers. The primary owners of these vessels are the United States, Canada, Denmark, Greece, Japan and Norway. The major container port is Freeport while Nassau serves as the principal cruise port.

Natives of the Caribbean region had settled the Bahamas long before Columbus made a landfall there. There was little effort on the part of Europeans to settle the islands although most of the inhabitants were taken by the Spanish to be sold into slavery and were relocated to the island of Hispaniola.

Much of the remaining population was decimated by smallpox. The first European settlements were established in the mid-17th century. The British eventually gained control of the Bahamas and made it a Crown colony in 1718. The islands were long known as a haven for pirates including the infamous Blackbeard.

The estimated population of the Bahamas was 316,000 in 2012. The population is predominantly urban with a majority of the residents living in Nassau. The official language and the language almost universally used in the islands is English; though some Creole is spoken, mainly by immigrants from other parts of the Caribbean.

The Bahamian literacy rate is above 95%. Approximately 90% of the population is black, just under 5% are white, and the remainder are mixed or other. Residents of the country are referred to as Bahamians. The religion practiced is almost exclusively Christian and predominantly Protestant.

There is no one type of food that one would consider to be uniquely Bahamian. A visitor to the country is likely to be served chicken or boiled fish, chowders, grits, rice, crab or banana bread. One dish somewhat unique to the islands is boiled or stewed conch.

A musical style unique to the islands is called Goombay music, a style having West African roots and often played on the 6-string guitar. Calypso music is also popular, with the father of Calypso having been Bahamian. Today, much of what you will hear in the islands, except when the more traditional music is being performed at the various festivals is nightclub music and rock.

One of the primary events in the islands is the Regatta. The Regatta got its start in the 1950's when an effort was made to put new life into an aging sailing fleet whose vessels were primarily working vessels. The Regatta is now an annual 3-day event.

One of the featured festivals, Junkanoo, is held twice a year, once during the interval between Christmas and New Years and once in July when Independence Day is celebrated. Junkanoo is a riot of sights, sounds, and colors, and is the Bahamian equivalent of Mardi Gras and Carnival. Two other annual events of great importance to the residents is the Andros Crab Fest and the Fox Hill Festival, the latter commemorating the abolishing of slavery on the island. 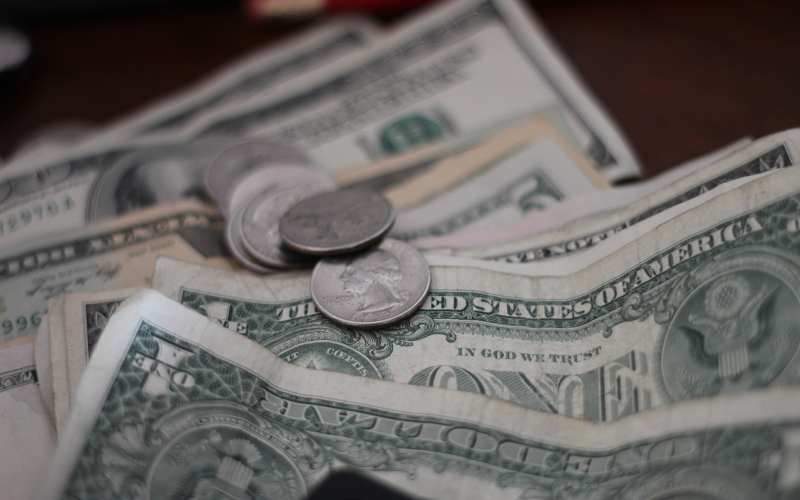 There are no exchange controls in effect for offshore companies classified as International Business Companies and doing business from the Bahamas. Residents are subject to exchange controls however. Exchange control rules and regulations, where they do apply, are administered by the Central Bank.

International Business Companies conducting business with resident Bahamians could in some instances become subject to exchange controls, but typically IBCs do not conduct business with Bahamian citizens or Bahamian companies.

Insofar as laws pertaining to the Bahamas company formation are concerned, Bahamian corporate law stipulate what a company can or cannot be named, requirements for the number of stockholders and directors, and the process which must be followed to apply for permission to incorporate. These rules and regulations are straightforward and the overall process is transparent.

A person does not have to appear in person to incorporate but is required to do so through a registered agent. Registered agents can incorporate an International Business Corporation (IBC) at the Companies Section of the Registrar General's Department. These agents are required to have a Financial and Corporate Service Providers License. Once the incorporation fee is paid, the turnaround time is typically 1 to 7 business days.

The principal pieces of corporate legislation pertaining to establishing a Bahamas offshore company are the International Business Companies Act, 2000 and the Business Companies Act, 2004 with amendments to the Act being made in 2008 and 2010. The Act states that two or more persons may, by subscribing to a Memorandum, incorporate an IBC. No person other than one who is licensed under the Banks and Trust Companies Regulation Act may incorporate an IBC unless licensed and approved under the Financial and Corporate Services Act.

The International Business Companies Act identifies the legal regulations and requirements needed to incorporate and operate an offshore company. It states among other things that the minimum number of directors is one, the minimum number of shareholders is one, and that having a company secretary is not required. It is required that accounts be prepared, but they are not publicly accessible and there are no audit requirements, nor is there a requirement to file an annual return. Changes in domicile are permitted for a company that has been formed as an IBC.

The Bahamas has no corporate income tax, value-added tax, or wealth tax. There is an annual fee that ranges from US$350 to US$1,000.

The tax liability of an offshore Bahamas corporation is often described as ‘nil’. In addition, there is no sales tax nor is there an estate tax, capital gains tax, gift tax or inheritance taxes.

All Bahamas corporations are able to benefit from 20 years of tax exemption which is available to all foreigners or non-residents who own Bahamas companies together with their shareholders.

Click below for more information and/or to set up a Bahamas-based offshore IBC: