Tax Obligations of Incorporating an Offshore Company in a Tax Haven

The International financial industry has changed dramatically in the last years since 2010 and will continue to do so. No longer are numbered Swiss Bank Accounts the norm and gone are the days of evading taxes through traditional offshore tax havens or anonymous offshore Bermuda banks accounts.

Most offshore tax havens are now party to many multilateral tax agreements and are monitored by international financial regulatory bodies and policies such as the Tax Information Exchange Agreement (TIEA), Common Reporting Standard (CRS) regulation and Foreign Account Tax Compliant Act (FATCA) - that are radically reshaping the industry.

These new regulations originating from high-tax jurisdictions and the multilateral organizations serving them, see offshore financial centres as an existential threat to the global order, as they undermine the authority of regulators and governments of high-tax countries from collecting what they believe is their fair share of taxes.

Naturally, such bodies see the outflow of capital as a loss of tax revenue, and like any self-serving governing group tries to preserve its authority and revenue by imposing financial regulations that serve their own ends.

This is a common narrative and is widely accepted amongst academics and government officials, but the changing nature of commerce and capital is quickly making this model obsolete.

Capital is increasingly becoming more fluid, transcending boundaries, eliminating intermediaries and with it, traditional forms of exchange that had once defined their relationship.

Even so, there is tremendous pressure to keep the capital in high-tax jurisdictions which have resulted in numerous bodies and laws to do just that.

Despite these new policies the offshore formation market is thriving; however, there are significant changes that require understanding. Most importantly:

Though, there are still ways to maintain privacy through multi-jurisdictional approaches, nominee and account signatory services that can help shelter and insulate beneficial owners.

That being said they are only open to certain situations which largely depend on your nationality and your country of residence. Offshore company formation these days is not about hiding money from the government and stashing it in a Caribbean tax haven.

Rather, the international company formation industry is about taking advantage of local and international corporate tax laws and capitalizing on opportunities provided by multi-jurisdictional incorporation. 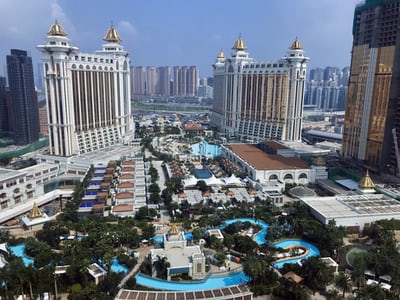 Global Offshore Tax Laws: What You Need to Know

You still must abide by your local tax laws in the country where you live, and if you are from the United States, unfortunately, you are taxed on your worldwide income (however if you live a nomadic lifestyle or are a resident in a foreign country you can benefit from the Foreign Earned Income Exclusion (FEIA) which allows you a tax exemption of upwards of USD 120,000 USD.

The United States has a very unique tax code that makes it difficult for citizens to reduce their tax burden unless they move residence (and even then Americans still must pay their taxes, if they earn more than the foreign exclusion amount), or give up their passport altogether.

Similarly, Americans are also required to report every foreign bank account through FBAR, if the account has had more than 10,000 USD at any given point during the fiscal year. Though the United States is not a signatory of the Common Reporting Standard (CRS), it has its own version, FATCA, which requires foreign financial institutions to report all American tax-residents to the IRS.

This means essentially, that all foreign banks must comply with the US edict or face being shunned by American banks and institutions. What this means for American investors, is that - Uncle Sam has its eye on you.

If you live in countries that have a territorial tax system, however, which is the majority of the world other than the US and Eritrea, then you are given more room to properly structure your assets offshore so as to best minimize your tax burden, as you are taxed not on worldwide income but on income generated only within your country of residence.

For example, if you are a UK citizen and decide to incorporate a Panama offshore corporation, there are no reporting requirements nor taxation on capital gains, however, CFC laws would still require you to report it to UK authorities. Though there are many exemptions and tax deductions that you can qualify for, which may exempt from paying any taxation on foreign income, though that does not free you from reporting requirements.

Each country has its own Controlled Foreign Corporation (CFC) laws which are a set of rather complex tax codes that determine the tax liability of foreign-held companies owned by an individual.

CFC laws are designed by countries to keep their citizens from running off with their capital to low tax jurisdictions, from using shell companies or using artificial means to continually defer their tax burden.

However, not all countries participate in CFC regulations. Many eastern European countries are exempt from CFC laws, and as there are no common tax laws in the EU can get away with not reporting their companies.

Each country has its own requirements and CFC laws regarding foreign income and Tax Information Exchange Agreements (TIEAs) which will determine your reporting and taxation obligations.

If you live in a country that is a signatory of the CRS regulations, which as of June 2019, there are 106 countries, your tax information is automatically shared.

It is important that you speak with an international tax attorney first so as to better understand the implications of your tax responsibility.

It is important to note that each persons situation is unique. There is no one solution that fits every situation. As such, it's important to pair the right company with the right bank account for your circumstances as there are no 'one size fits all solutions'.

Why is this important?

Because there are different requirements in each jurisdiction.

If for instance you have a Seychelles Company and are looking to open an offshore bank account in Singapore, you will most likely find it more difficult, as Singaporean bank officials are wary of opening up foreign corporate banks accounts without proper reasoning, and generally will do so only in certain circumstances as they usually require individuals to have a Singaporean company with a large upfront deposit.

Some jurisdictions are tightening their requirements and regulations in efforts to clean up their image and appease OECD regulators, as a result, places like Panama and Honk Kong, two of the worlds most widely used offshore jurisdictions are becoming much more difficult to open accounts without a Panama or Hong Kong-based company.