Globalize your Portfolio
with a Second Passport

Getting a Second Passport & Citizenship: Why you Need a Plan B

Freedom of movement is something most of us largely take for granted. We only appreciate something when it's gone. If we suddenly lose our mobility, we quickly realize the freedom we have lost. Applying for a second passport frees us from the limitations imposed by where we are born. No longer are we limited to the circumstances due to birthplace, but are free to create a 'second opportunity'.

Being tied to any single country and its government is essentially giving away our freedom to an institution, and making our future dependent upon its continued viability. Like all such institutions and state actors - they rise and fall. And it is your responsibility to have an escape plan when they do.

If you live in an unstable country that is politically or economically volatile, an escape option is not a luxury but a necessity. Living in an authoritarian state or one that is ruled by a dictator who single-handedly can impose martial law, close down borders, enforce capital controls, confiscate property, or close bank accounts, all on a whim is a scary reality that no one should have to willingly endure.

However, it doesn't take a dictator or living in a war-torn nation to see that banks can confiscate your money, enforce capital controls or impose travel restrictions. Giving your authority over to a foreign body limits your capacity to act according to your interests. Having a second passport gives you the benefit of being able to plan your escape.

Flag theory extolls the importance of global diversification and recommends putting 'flags' in different countries. Each flag represents an aspect of one's life. There can be dozens of flags, however, there are 5 main flags:

Each flag is planted as a means to minimize our risk, secure our assets, and expand the freedom of opportunity. Creating an 'offshore lifestyle', a lifestyle-free from the restrictions of a single country expands your possibility and reduces your exposure to risk. No longer must you abide by state-imposed travel restrictions, choking tax rates, or governmental regulations just because you were born there.

A second opportunity also opens up the door to many new horizons including visa-free travel, tax benefits, family planning, new lifestyle opportunities, new investment options, and most importantly gives you control over what really matters most - your freedom to choose.

The power to choose our future is something we all cherish and may take for granted. If we rely upon the intuitions of a single country, we are exposing ourselves and our assets unnecessarily to the life-cycle of that authority.

Countries such as Vanuatu or Nevis offer what can be coined an 'offshore citizenship' or offshore passport; which is a citizenship granted to individuals looking to reap all the lifestyle benefits that a second passport offers without having to actually live or reside in the respective country. Whether one is seeking to escape from oppressive overbearing governmental regimes, would like to secure their future in a second land of opportunity, are in need of a plan B escape option and are looking to be treated as a first-class citizen then a second passport may be worth investigating. 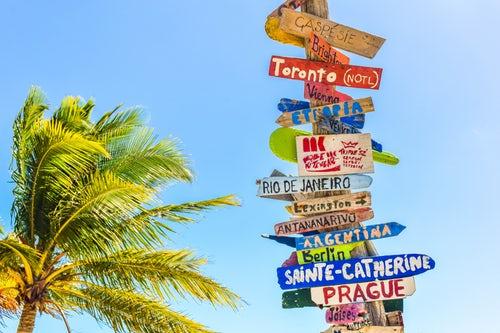 Looking for a Plan B Passport?

Having a plan B is something we have all heard of; though we have often limited to getting health insurance, opening a domestic trust, crating a small nest egg somewhere or perhaps stashing a pile of cash somewhere, but rarely have we considered a second passport and citizenship as an emergency plan.

A plan B is for when you need an escape option.

When a court freezes your assets or when the government unlawfully restricts your movement. These are just some conspiracy theory scenarios but real possibilities. If you have a civil suit filed against you, local courts in the U.S. can freeze your assets prior to any proof of evidence. If you have unpaid taxes the IRS has the authority to cancel your passport.

When state actors have the power to freeze your bank accounts at the push of a button and bar you from leaving the country with a stroke of a pen it's only logical to have an insurance plan. There are any number of scenarios that can drastically alter our immediate circumstances where having an alliterative residence or passport could be a lifesaver.  Second passports aren't just about fleeing from one's troubled country but about insuring your future.

Get A Free Legal Consult and Start Your Plan.

The rise of high net worth individuals with crypto as their main asset has been the driving force for countries looking to accept crypto as a payment. Many of the countries offering citizenship by investments also happen to be crypto-friendly countries that have favorable crypto legislation in place and are more open to accept bitcoin as an alternative source of payment.

No one should be restricted to live in their country of birth merely because they were born there. For those of us lucky enough to have that choice, having a dual nationality can open up new frontiers and lifestyles options.

A second passport not only gives you a second nationality but another mindset. A mindset that is more enabled by the freedom to become, create and envision a life free from any restraints. Having the freedom to pursue our happiness wherever we may find it. Unfortunately, not everyone is empowered with the freedom to choose.

Having the freedom of mobility comes the freedom from having to live according to a predefined pattern of obliging governments, from paying more, from receiving less, and from having to conform to duties and services that are not for us. The freedom to live where we are treated right.

Being bound by a single-state actor is uncomfortable to any globally-minded person. Whether that is a government, bank, or any financial institution. One need not be a globetrotting "citizen of the world" to see the limitations that come when you localize your life, your citizenship, your assets all together in one place.

We tend to localize our lives. We are born in one country and in it we spend the entirety of our lives. Everything we have ever done and owned is done in one country. We go to school, get a job, live, work, bank, hold investments, have retirement accounts, physical assets, currencies, houses, all in one country. Many of us are learning that this is a recipe for disaster.

Digital communication and financial transactions have created a world where perpetual traveling, digital nomadic lifestyles, global entrepreneurs, internet businesses, and foreign investment is becoming much more common. All of these movements are a push toward freedom of movement and diversification. Let's see what benefits come with this new freedom. 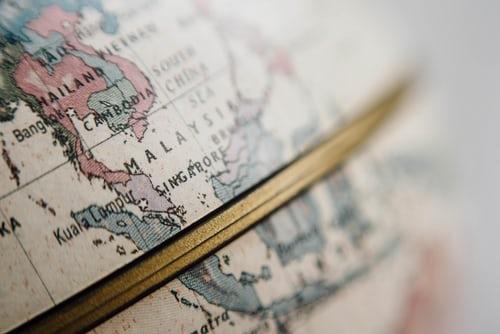 Benefits of a Second Citizenship

Individuals participating in citizenship by investment programs are allowed to conduct business in the host nation which opens of financial and business opportunities in the country and in the region.

It also opens up the door to overseas financial services especially for Americans who are restricted by being involved in many offshore funds, offshore banks and financial institutions. Americans have often been turned away from many institutions as a result of onerous FATCA regulations and an overbearing Washington. Having a second passport sidesteps all the extra regulations allowing you to use a separate passport for international dealings.

It can be freeing to not be associated with the actions of your government and getting a second passport frees you from those negative associations that might otherwise follow you around.

Many passports are quite limiting in their visa-free mobility, requiring residents to obtain visas whenever they require to take a trip abroad.

Most economic citizenship programs are from countries have visa-free travel agreements with upwards of 140+ other countries.

If you live in a fragile democracy or authoritarian state, or even if you are engaged in a professional occupation that makes you targeted by a group or government (ie journalist, politician, rights advocate) it is possible that you may be prevented from leaving the country.

Unlawful detention, restriction of your freedom of movement especially if you are flagged or on some watch list is something that is increasingly becoming common around the world. As states turn increasingly authoritarian in their treatment of its citizens a Plan B might be a necessity.

A second passport frees you from the confines of a single nation-state. You are no longer beholden to a single actor.

By having the right to live elsewhere you are effectively severing the ties that otherwise would tie you down to a single state and its government. There is immense freedom in being free from a single governmental authority, especially in corrupt and unlawful regimes that are not accountable to anyone.

A second citizenship coming from a stable, peaceful country can be life-saving especially if there is political, economic or civil disturbances in your home country. This type of insurance is invaluable for those living in fragile parts of the world.

Security also extends to creating a plan B for safeguarding you and your family in case the country where you currently reside becomes unlivable.

For those of you who are looking to sever the connection with your home country permanently then doing so will require another place where you can call home.

This might seem radical, yet is becoming more prevalent the last decade especially amongst Americans who are tired of paying taxes on worldwide income, tired of overarching bureaucratic authority, and tired of the diplomatic and political game the country has long been playing on the world stage.

Dual citizenship may prove beneficial for tax optimisation purposes. For instance, some countries only tax income that is made within the country, thereby making all worldwide income, or income generated outside the boundaries of the country tax-free.

This allows investors the opportunity to manage their wealth more effectively as investments and funds can be effectively established and managed in low tax domains.

9. Pass Down Through Generations

Most citizenship by investment programs are available to the entire family. This enables investors to provide a better future for their partner, their children as well as for all future generations to come.

Giving your family a second citizenship is likely to be one of the greatest gifts you can give to your future generations as it allows for a whole new opportunity that otherwise may not be available.

A second citizenship gives you access to both in-state education as well as healthcare and access to social benefits. If you live in a country that has second rate facilities, this can particularly be of interest.

Second citizenships, depending upon where the program is, most often have access to world-class healthcare, education and lifestyle standards that leave you well taken cared for. 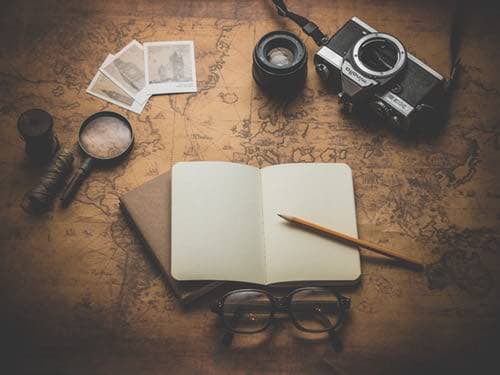 Who Needs a Second Passport?

A Second Passport is generally for people who are looking for a fast alternative plan b. While there are a few other ways to get a second passport, such as through

Usually, people looking for a second passport fall into a few categories.

Having a second option is not just a luxury, but is a necessity. A plan-B Should not just for the few, but for the many.

Asset Protection Strategies to Secure your Future
How To Protect Yourself, Your Assets And Your Future

Offshore Guides
HOW TO...
THE BEST of OFFSHORE
Accepting payments from