Set up your overseas company online

What is an Offshore Holding Company?

An offshore holding company is a company structure that is created in a country that has a tax free zone located offshore for entities that are owned by non-residents. The term 'offshore' is in reference to the location of the entity which is seen as distinct from the traditional domestic financial market.

An offshore company is established in a country outside of the principal's home country and is usually restricted from carrying out any business or local transactions within the country's borders.

What are Offshore Holding Companies Used For?

Offshore holding companies are typically set up to passively hold shares of assets of another account or company.

Although an offshore holding company can be used for a variety of purposes it is most generally not used as an active business entity and is used to more often to hold shares of its subsidiaries.

These corporate structures, if used properly, can be used as a means to reduce withholding tax, can give you asset protection and create a layer of financial privacy around your assets.

An offshore holding company, therefore, is a function of an offshore company and is not a separate corporate entity in itself, much like an offshore shipping or trading company is just a function and not a distinct form of company.

A holding company structure is usually incorporated as an international business company (IBC) in an offshore jurisdiction that gives preferential treatment to non-resident structures. The company can act with all the rights of a legal person as well as trade, open accounts, invest and engage in financial transactions much like a natural person.

Your Offshore Plan is a Click Away.  Are You Ready?

Some of the benefits that an offshore holding company may achieve by incorporating in a low tax jurisdiction include:

Although offshore companies and the jurisdictions that they are formed in do provide a layer of confidentiality with no tax reporting requirements, however, that does not mean that the company is free from having to pay or report its income to authorities anywhere. Tax obligations falls on to the director or beneficial owner who would be liable to report the corporate structure where they live.

Tax obligations and reporting requirements in high-tax jurisdictions typically have laws that require residents to report all foreign-held entities and accounts though not all countries have this stipulation. Controlled Foreign Corporation (CFC) laws are what govern the foreign corporate structures tax obligations. They can be a rather complex set of codes that would be different in each country. Before forming a holding company be aware of your cfc tax obligations as it will likely help determine the most effective tax structuring possibilities.

Uses of an Offshore Holding Company

Isolating liabilities of a parent company by creating several subsidiaries in the form of holding companies that are not liable to each other is a well used corporate structuring method for transnational companies and companies that are doing business in a range of markets.

A holding structure can be used as a means to separate assets whether its intellectual property, stocks or any other type of investment, thereby achieving a reduction of risk by means of separation of the legal and financial liability that exists between different entities.

Segregating business assets can help to mitigate risk from any potential losses on the part of its parent company or any subsidiary.

When properly structured a holding company has a limited liability that exists between each subsidiary and its parent company thus making the company not liable to any debts that may be incurred by another.

For example, if a subsidiary was engaging in a high-risk investment, the loss of assets and any liabilities would not be transferable to any other subsidiary, unless there was proof of fraudulent conveyance.

Best Countries For a Holding Company

There are a number of countries that you can choose from. However, what is best for one person may not be the best for you as it will depend upon the circumstances of your situation and the nature of the business and your residency. Though a few countries where we setup many holding company structures are:

For a list of more countries to choose from go here.

Offshore Holding Companies can be a powerful tool if properly structured to separate assets and business. Choosing the right jurisdiction will likely be determined by the nature of the business and the nationality of parties that are involved. Forming an offshore holding company can be done in a matter of days will minimal hassle, thanks in part to low regulatory offshore jurisdictions that provide pain-free incorporation.

Get in Touch and one of our consultants will answer any questions you may have. 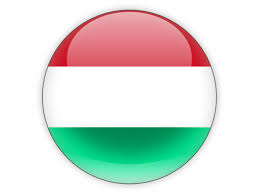