A Mauritius GBC-1 is a corporation registered through the Mauritius Registrar of Companies and regulated by the Financial Services Commission to hold a Category 1 Global Business Licence that enables the company to carry out business activities outside the country.

A Global Business Company is a special type of offshore company can be locally incorporated or registered as a branch of a foreign company, and may be migrated to another domicile yet continue to be a Mauritius GBC-1, if it is permissible by the associated offshore jurisdiction.

There are no minimum or maximum capital requirements and, except for the Mauritian Rupee, the share capital may be expressed in any currency.

The Finance Act of 2010 dictates that a GBC-1 may do business in Mauritius, deal with residents of Mauritius and hold shares (or other interests) in a Mauritius-resident corporation.

Additionally, a Mauritius GBC-1 may perform any business activity that is legal, does not go against the public interest, and does not negatively affect the good reputation of Mauritius as an offshore financial centre.

The Guide to Global Business was recently amended by the Financial Services Commission (FSC) to require any Mauritius with a GBC-1 licence to have presence, which may be reasonably expected from a corporation managed and controlled in Mauritius. Additional criteria to be considered by the FSC include: having office premises, holding assets, employing staff and being listed in Mauritius.

Deadline for Mauritius GBC-1 companies to comply with the new requirements: 1 January 2015.

Below is the revised Chapter 4: Section 3 (new requirements are shown in italics):

3. Control and Management of Conduct of Business for a GBC 1

3.1 The following sections provide guidelines on matters which the Commission considers relevant when determining 'management and control'.

3.2 In determining whether the conduct of business will be or is being managed and controlled from Mauritius, the Commission shall take into consideration whether a corporation:

3.2.1 Each resident director mentioned in paragraph 3.2(i) shall also comply with all requirements provided in the Circular Letter (CL280313) issued by the Commission on 28 March 2013 - Annexure 5.

3.4 A corporation shall be deemed to have satisfied section 3.3 where a related corporation holding a Category 1 Global Business licence satisfies one of the criteria mentioned in section 3.3.

Requirements for Incorporation of a Mauritius GBC1 Company

Regulated by the Mauritius Financial Services Commission and ruled by the Companies Act of 2001 and the Financial Services Act 2007, the FSC determines whether a Mauritius GBC-1 licence should be granted or renewed by taking into consideration whether the company will be managed and controlled in Mauritius.

Mauritius GBC-1 companies are accountable to criteria akin to that of UK and Hong Kong companies. Thus, the FSC awards GBC-1 licenses only to qualifying companies on an individual basis that comply with the criteria below:

Mauritius GBC-1 licenced companies benefit from Double Taxation Treaties signed between Mauritius and a growing network of countries. As of first quarter of 2014, these include:

For tax purposes, a Mauritius GBC-1 licenced company is resident in Mauritius.

Specifically, the Mauritius GBC-1 must show that:

A Mauritius GBC-1 offshore company must disclose, to the Mauritius Registrar of Companies, the names of directors and beneficial owners. This information, however, is not made publicly available.

When registering your Mauritius GBC-1 company, you may choose to use nominee directors and shareholders, for complete anonymity. Mandatory annual filing of the company's accounts are not disclosed to the public.

All information filed with the Financial Services Commission is for its use only and fully confidential. This information may only be disclosed following presentation of proof of drug trafficking, arms dealing, money laundering and/or terrorist financing, under the rigorously limited provisions of the Financial Intelligence and Anti Money Laundering and the Prevention of Corruption Act 2002.

Mauritius GBC-1 companies are allowed registered shares, preference shares, redeemable shares and shares with or without voting rights. The Stated Capital comprises the total amount received and receivable by the company with respect to the issue of shares or calls therewith.

Mauritius GBC-1 companies must have a minimum of two Directors who must be natural persons residing in Mauritius.

Mauritius companies with a GBC-1 licence require a minimum of one shareholder; the same rule applies if the company is a wholly-owned subsidiary.

To operate as a banking or insurance business, or to receive funds from depositors, a licence is required.

Powers of the Company

Companies incorporated in Mauritius have equal power as that of a natural person.

Language of Legislation and Corporate Documents

Though documentation may be written in any language, it must be supplemented with a certified English translation. The legislation is written in English and French.

A registered office must be kept at the domicile of a licenced Mauritian management company or law firm.

A Mauritian Resident Director and Resident Secretary are required at all times for all Mauritius GBC-1 licenced companies. In addition, a local bank, auditor and accountant are mandatory.

Management and Annual Meeting of shareholders

Corporate Directors are not allowed. Shareholders must hold an annual meeting every calendar year

Under four weeks, as long as there is no delay in receiving all relevant documentation.

No company may be formed with a name that is like or the same as any existing company. Nor may any name that implies the support or backing of the President or the Government of Mauritius.

The name of the company may be in either English or French.

Names of Company Requiring a Special Licence or Permission

Companies having the following names or any derivative thereof require special permission or adequate licence: assurance, bank, building society, Chamber of Commerce, chartered, co-operative, government, imperial, insurance, municipal, royal, state or trust. Also any name that, in the opinion of the Registrar, implies the support or backing of the President or the Government of Mauritius.

Join thousands of satisfied clients who have experienced Offshore-Protection.com's advantage. When you purchase any offshore company formation product from us, you'll get FREE support from our lawyers to help answer your overseas company day-to-day management questions.

Start the Mauritius incorporation process with Offshore-Protection.com today. Order a Mauritius GBC1 Company (with or without a bank account).

Gone are the days of adding an offshore company to your virtual shopping cart.
There are no longer one-size-fits-all offshore solutions.
New tax laws are radically shifting the global offshore market.
Without a one-on-one offshore plan, you unnecessarily risk your future.
A Personalised Offshore Legal Strategy ensures you will not be left in the dark.
No Obligation. No-Risk. Completely Confidential.
Tailor-Made Customized Offshore Solutions.
Made Completely For You. 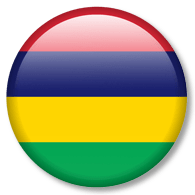 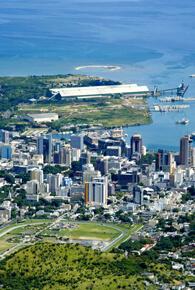 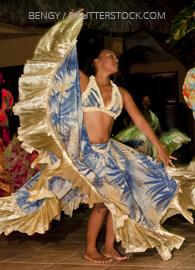 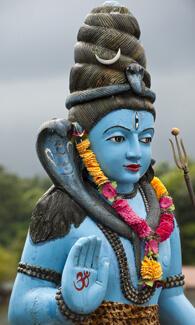 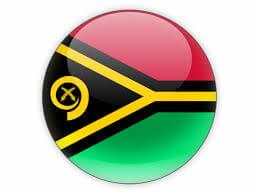