Offshore investors will find the country's open economy and highly favorable tax laws quite attractive. If you own a non-resident company (IBC) then it is not taxed on worldwide income. Particularly noteworthy is the presence of many of the worlds' major banks and the surprising level of banking privacy that is available for offshore accounts with no OECD mandated tax information-sharing treaties

The UAE is made up of seven emirates that, even while under British rule as protectorate states, have always enjoyed a high level of political autonomy. Upon gaining independence in 1971 the seven emirates joined together to form the United Arab Emirates federation.

Located on the southern coast of the Persian Gulf, the UAE is active in numerous international organizations including the United Nations, the World Bank and the International Monetary Fund. It is also the leading commercial hub in the Middle East. The offshore environment is governed by the Ras Al Khaimah Investment Authority (RAKIA), which was set up as a free zone in 2006.

Outpacing Dubai as the offshore choice in the UAE, the RAK offshore financial center has become the leading destination for foreign investors, companies and individuals, due to its ease of incorporation, low costs and flexibility. 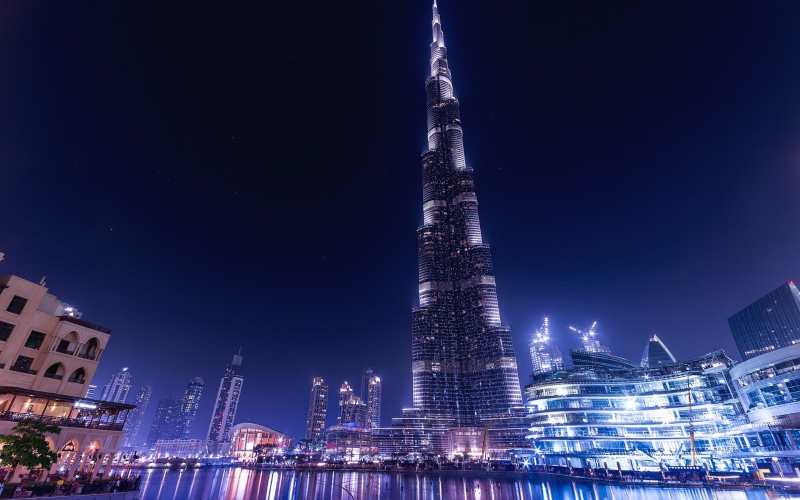 Benefits of RAK and as a Tax Haven

General Information about RAK as a Tax Haven

The United Arab Emirates is located on the southeast end of the Arabian Peninsula, across the Persian Gulf from Iran and along the southern approaches to the Strait of Hormuz, a vital crude oil shipping lane. Saudi Arabia lies to the south and west and Oman lies to the east. Two other nearby states, Qatar and Bahrain, are located to the west of the Emirates.

The UAE has roughly 800 miles of coastline. The major cities lie along the coast. The land area of the UAE is 83,600 square kilometers (~ 32,275 square miles), roughly the size of the country of Austria or the state of Maine in the USA.

Much of the country consists of sand dunes and empty desert with the southern area of the country adjoining a part of Saudi Arabia that is known as the Empty Quarter. The area nearest the Gulf is a flat plain while the eastern part of the country features a number of high mountains.

Abu Dhabi is geographically the largest of the seven emirates, accounting for nearly 90% of the total land area of the UAE. The largest natural harbor is at Dubai, which is also the most heavily populated of the emirates having slightly over a third of the total population.

Prior to becoming independent, what is now the UAE consisted of a seven separate and independent emirates: Abu Dhabi, Ajman, Dubai, Fujairah, Ras al-Khaimah, Sharjah, and Umm al-Quwain. Each emirate had its own government with an emir as the head of state. An emir is a high-ranking sheik or prince with the position most often being hereditary. The emirates were, and still are, absolute monarchies.

Under the UAE Constitution certain powers are delegated to the federal government while others are reserved to the emirates. The legal system is a mixed system of civil law and Islamic law. The highest constitutional authority in the UAE resides in the Federal Supreme Council (FSC), which is composed of the seven emirate rulers.

There are three branches of government. In the Executive branch, the president and vice-president are elected by the FSC from among the seven emirate rulers and serve 5-year terms. The president appoints the members of cabinet called the Council of Ministers. The Legislative branch consists of unicameral Federal National Council having 40 members; the emirate rulers appoint 20 of them and 20 are elected to four-year terms. In the Judicial branch, the highest court is the Federal Supreme Court consisting of the court president and four judges. There are no political parties in the United Arab Emirates.

With an estimated 2013 GDP of $US269.8 billion and an estimated per capita GDP of US$29,900 the UAE is one of the wealthiest countries in the world. The Emirates are also home to the world's third largest proven oil reserves. The economy is an open economy and the government has made significant progress over a number of years in working towards making the economy a diverse one. The portion of the GDP that is based on oil and gas has been reduced to 25%.

The UAE enjoys a sizable annual trade surplus. In 2013, exports accounted for 96% of the GDP, as opposed to -78.8% for imports. The country currently ranks within the top ten of the world's countries that enjoy a budget surplus, while the annual inflation rate hovers around 1%. Two-thirds of the GDP is tied up in the industrial sector while another third is directed towards services. A third sector, agriculture, accounts for less than 1% of the GDP. Among the principal industries are petroleum and petrochemicals, commercial ship repair, shipbuilding, construction materials and fishing. The industrial production growth rate in recent times has been just over 3% annually, with the annual growth rate of the GDP averaging around 4%.

Approximately 85% of the labor force in the Emirates is made up of expatriates; three-quarters of them work in the service sector, with the remaining 15% being employed in the industrial and agriculture sectors.

There are six major seaports in the country plus two container ports. The UAE has 25 airports with paved runways including 12 major airports, plus 5 heliports. There are approximately 2,500 miles of paved roadway in the country including expressways. The UAE has its own merchant marine fleet of 61 ships, 23 of which are foreign-owned. Another 250 ships that call the Emirates their homeport are registered in other countries.

As of 2012 the UAE was home to nearly 14 million cell phones. There is also a modern and extensive network of other communications types including the Internet, connectivity to 3 Intelsat and 1 Arabsat communication satellites, and fiber optic linkages to the international submarine cable. Most radio and television stations are government controlled, but a number of organizations, foreign and domestic, operate stations within Dubai's Media Free Zone.

A Gulf dialect of Arabic is the official language, but English is widely spoken and is, in fact, the language of business and commerce in the Emirates. Most of the higher paying jobs in the country are only open to those who have a command of the English language. Farsi, Hindi, and Malayam are frequently heard. Farsi is spoken by the diaspora from Iran, while expatriates from South Asia speak the other two languages. The official religion in the UAE is Islam, to which 96% of the population adheres. Those subscribing to either the Christian or Hindu religion make up the other 4% of the population.

The traditional dress for men is an ankle-length tunic while the women traditionally wear a black over-garment. Some of the emirates prohibit the use of bikinis or tight-fitting swimsuits on public beaches while others, principally Dubai, allows the wearing of bikinis as well as miniskirts. Ras al-Khaimah is one of the more conservative emirates when it comes to dress.

Much of the music you will hear has been imported or influenced by the extensive expatriate population. Bedouin folk music has been well established for centuries while another traditional musical form called Liwa has its roots in Africa. Heavy metal and rock music are no strangers to today's cultural scene. The emirate of Dubai sponsors a major rock festival every year.

The food served in the region consists largely of rice, fish, and meat. Lamb is served in most homes and restaurants as is goat and beef. Pork is forbidden although it can be brought into the country and consumed by non-Muslims. Coffee and tea are the beverages of choice. Alcohol may be purchased at specified locations and may be served in restaurants and bars. There is no general rule against the consumption of alcohol, but the rules against being intoxicated can be rather strict. The two most popular sports in the UAE are football (soccer) and cricket. Camel racing, tennis and falconry are other popular pastimes.

There are no exchange controls in the UAE that might impact the repatriation of profits or capital. The local currency, the UAE Dirham, is freely convertible and is linked to the US dollar. The exchange rate between the Arab Emirates Dirham or AED and the dollar has remained at AED 3.675 = US$1 since 1977.

Federal law rules UAE; however, the emirates of Ras al-Khaimah and Dubai have their own court systems. The Constitution of the UAE guarantees freedom of speech, freedom of worship, and most other freedoms that westerners would be familiar with. The law as practiced in everyday life, however, comes within the dictates of Sharia law.

Insofar as corporate law is concerned, in order to conduct business within the UAE a foreign investor must establish a formal legal presence within the country. This can be done either directly or through an agent and would involve incorporating as a local entity, registering a branch or representative office of a foreign company, entering into a commercial agency relationship, or establishing a free-zone entity.

Most investors seeking to establish an offshore presence will incorporate under the Companies Law, with most choosing a limited liability type of company since they can retain significant control over operations and minimum capital is required to set this type of company up. The principal benefit for those who choose to establish a free-zone entity is that a foreigner can fully own such a company. A free-zone entity can be set up as a branch of a foreign company, a free-zone company, or a free-zone establishment.

The language used in the Legislation and Corporate documents is English. 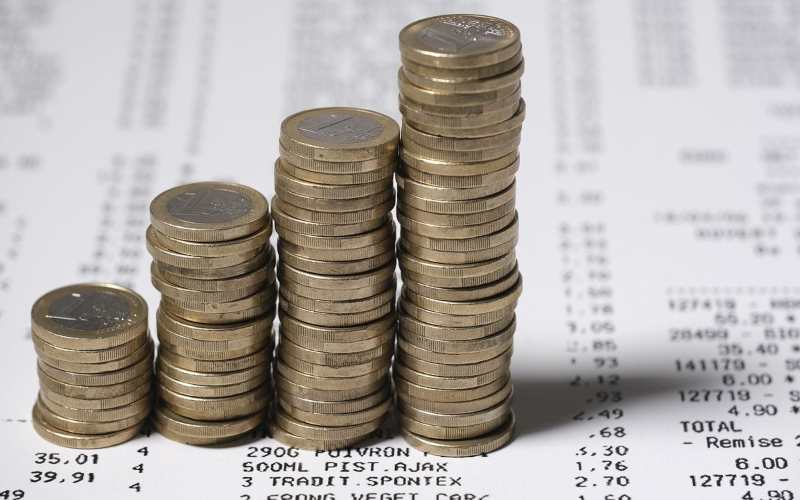 The UAE is not regarded as a tax haven in the negative sense of the word by the Organization for Economic Cooperation and Development (OECD) and is in fact on the OECD 'white list' of jurisdictions recommended for offshore investing. The UAE has double tax treaties with nearly 50 other countries. Those who establish an offshore company in the Emirates are in the vast majority of cases 100% exempt from UAE taxes.

If an offshore company conducts business directly or indirectly with the Emirate the company may be subject to corporate income taxes. There are also special taxes imposed on oil and gas producing companies. Branches of foreign banks are required to pay an annual fee. These taxable situations rarely involve offshore companies. A 100% exemption from taxes is generally the rule when an offshore business is incorporated in one the Emirates' free zones. This exemption usually comes in the form of a 'tax holiday' which in most cases can be in effect for up to 50 years, if not longer.

If residency is established it is possible to have a certificate of residency issued for foreign tax authorities. UAE regulatory authorities guarantee that offshore companies are given complete privacy, confidentiality and protection of assets information.

There are no withholding taxes, capital gains taxes or personal income taxes in the Emirate.