Richest Countries in the World

Richest Countries in the World 2022

When you think of the richest countries in the world, the first ones which probably come to mind are economic powerhouses such as the United States, China, and Japan. While these are indeed among the wealthiest nations on earth with the largest economies, merely taking the gross size of the economy as a measure of wealth is not sufficient.

In fact, some of the smallest nations on earth are really also some of the wealthiest when we adjust for population size and quality of life.

In this article, we will list the 10 richest in the world according to the IMF 2021 GDP per capita data. We will start with an overview of how best to accurately measure wealth, and what we have decided to use in this study.

Using GDP per Capita as a Measure of Wealth

We can further extend this analysis by recognising that the cost of living varies in each country. Therefore, what may be a lot of money in one country (according to its purchasing power) might actually be worth much less in another country. As such, many studies have made new GDP per capita measures adjusted according to purchasing power parity (PPP).

While this makes sense in principle, there are downsides to making such an adjustment. The PPP GDP per capita is calculated using the average cost of a basket of goods in each country. However, measuring and adjusting in such a way is a somewhat inaccurate and subjective process, and is thus far from perfect.

For this reason, we have opted to rank the richest countries in the world purely according to unadjusted (nominal) GDP per capita, as it gives a completely unbiased and accurate measurement. We have used the most recent 2021 data provided by the IMF in our analysis. 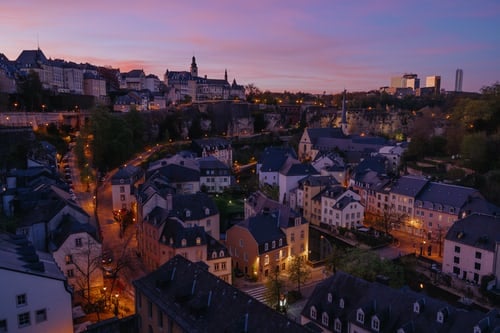 Luxemburg is undeniably the richest country in the world according to both measures of GDP per capita (nominal and PPP), with a significant gap between themselves and second place.

Luxemburg is a tiny European nation with a population of only about 630,000. It is well-known for its high-income levels and employment rates, as well as low inflation. Many inhabitants from neighbouring European nations travel to Luxemburg for work while residing in their home countries.

It has various successful industries, is an ideal jurisdiction for company incorporation and offshore banking, and has a highly skilled workforce. All of these factors have come together to make it the richest country in the world by a long way.

At number 2, Ireland has been a long-time contender among the richest countries in the world. It is a popular nation in which to incorporate and conduct business. Irish inhabitants enjoy high wages and a good standard of living. The high cost of living in Ireland means that it would drop a few places on this list if we adjusted according to PPP.

The main industries in Ireland include tourism, agriculture, and manufacturing. They also have a highly successful skilled services industry which include call centres, accounting, customer service, and legal services. 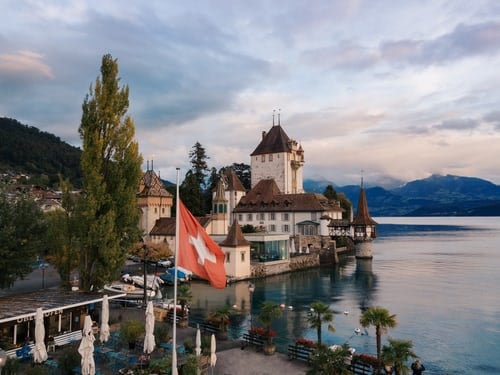 Switzerland is the third richest country in the world according to nominal GDP per capita. It has a reputation for being one of the most peaceful, happy, and healthy nations. Switzerland has a stable economy and political system. The Swiss Franc is one of the strongest currencies in the world. Switzerland attracts a great deal of foreign investment and offshore clients thanks to its attractive tax regime and privacy preserving policies.

Switzerland’s main source of revenue comes from exports, along with its offshore financial industry, pharmaceuticals, and machinery. Due its extremely high living costs, Switzerland ranks lower on the list (fifth) if we adjust for PPP. 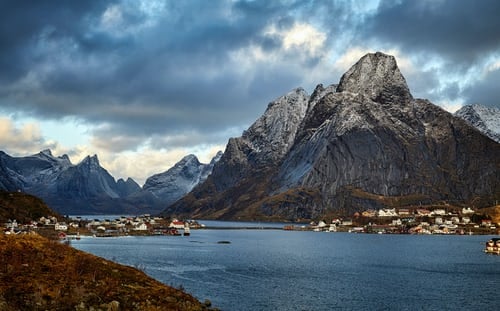 Aside from being one of the wealthiest nations according to GDP per capita, it is consistently ranked as having the highest living standards in the world. This is thanks to its superior education system, public health services, and accessible social security system.

Norway’s primary income comes from its oil, gas, and petroleum exports. The people have a strong work ethic and are highly skilled in a number of important fields. In addition, they have some of the lowest unemployment and poverty rates of any nation on earth.

For more: Countries with the Highest Taxes in the World 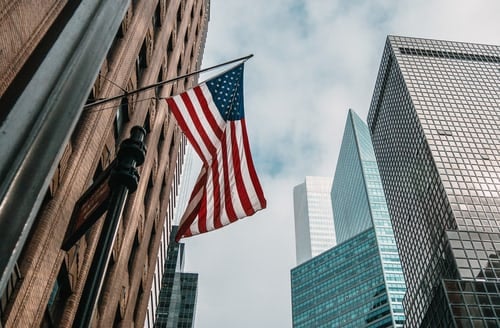 It is no surprise that the world’s biggest economy, the United States, features on this list of richest countries in the world. It is impressive that with its large population of over 300 million, it is able to rank in the top 10 according to GDP per capita. This gives an idea of the sheer magnitude of the US economy.

The US is rich in natural resources, along with a thriving technology industry. The US is known for its entrepreneurial and capitalist values, which attract foreign investors, entrepreneurs, and skilled workers from around the world. 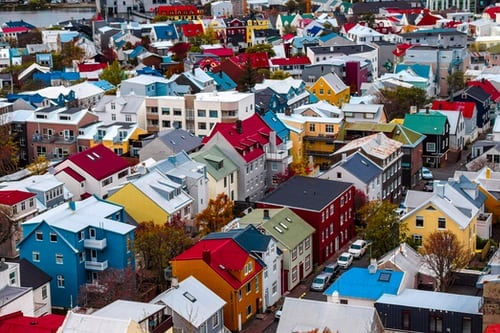 The small Nordic Island country of Iceland has a population of only 366,425 (as of 2020), yet boasts one of the highest GDPs per capita in the world. Like other Nordic countries, this nation is known for its excellent quality of life, high minimum wages, low unemployment, and general prosperity.

About 85% of Iceland’s primary energy supply comes from locally produced renewable energy sources. As such, it is one of the greenest economies in the world. Iceland is in fact the largest per capita electricity producer in the world, and majority of this comes from hydroelectric and geothermal power. 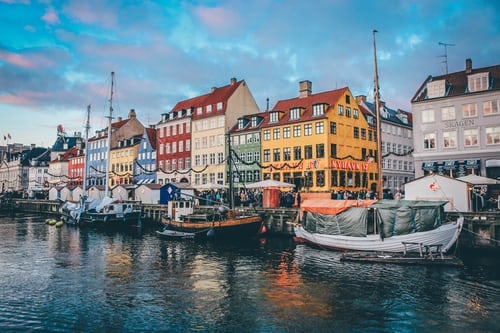 Denmark is yet another extremely wealthy Nordic country which also provides its citizens with a high quality, happy lifestyle. Even though Denmark has a relatively small population of about 5.8 million people, it boasts the 36th largest economy in the world by nominal GDP.

In addition to being one of the richest countries according to GDP per capita, Denmark is also in the top 10 countries for gross national income per capita, which indicates that a lot of their wealth goes to their citizens in the form of high incomes. 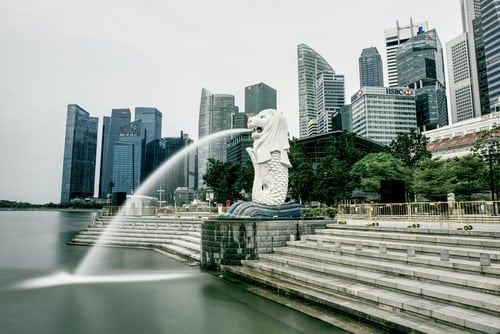 Singapore is one of the strongest and fastest growing economies in the world. They have established themselves as an international hub for global financial services, as well as being wildly successful in various industries such as manufacturing, engineering, electronics, and biotechnology.

It is a land of opportunity to which many skilled workers migrate in search of the high incomes and good quality of life they offer. Furthermore, the cost of living in Singapore is not too expensive compared to many of the European nations on this list. When this is considered, they actually come in at second place on this list after adjusting for PPP, with an adjusted GDP per capita of more than $100,000 per person. 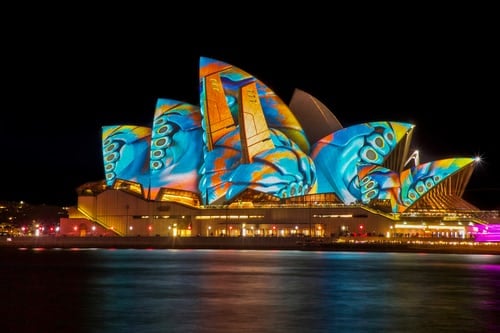 The massive island-continent of Australia is the richest country in the Southern Hemisphere. Many people migrate to Australia’s shores in search of a better quality of life, higher income, and access to their top-quality health and education services.

Australia has a thriving and stable economy and political environment. The resource-rich nation earns much of its revenue from exports, especially in the agricultural sector. They also have a highly skilled workforce and successful business and finance industries. 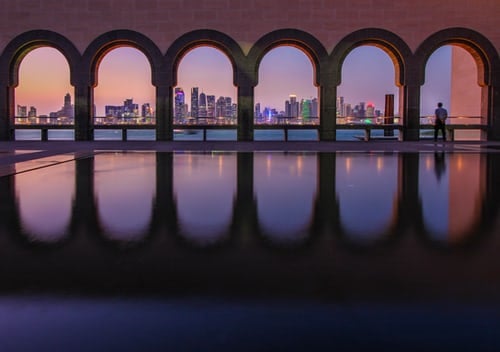 Last on the list of top 10 richest countries in the world is Qatar. Qatar was certainly not always such a wealthy nation, but quickly rose through the ranks since it became one of the largest exporters of oil in the world over the last couple of decades. It also has a number of large natural gas plants which export to several countries around the world. As a result, its GDP grew rapidly from about $30 billion to over $200 billion in a short space of time.

Qatar first discovered oil on their land in 1939, and began producing large quantities in 1951. Much of the revenue went to the Royal Family at the time, as well as to Great Britain who was its ruling country. After it gained independence in 1971, and Khalifa bin Hamad took over as Head of State, Qatar increased its investment in health, education, social security, and housing, and reduced the share which went to the Royal Family.

As such, it has become a highly liveable country with high income levels and a good quality of life. It is more affordable than other countries on this list, which in fact means it would be placed third if we adjusted according to purchasing power parity (PPP).