A History of Tax Havens 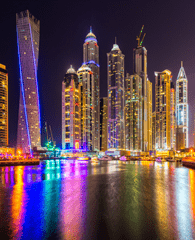 The concept of tax havens has been around ever since countries decided to finance their governments by taxing their citizens.

Many countries compete by keeping taxes low and thus attracting business from high tax countries. Sometimes a country will designate a region or city a low tax or tax free zone, either to stimulate its economy or to buy the loyalty of its citizens.

Ancient Rome was a master in using tax-free areas, a sort of early enterprise zones. The first recorded instance took place in the 2nd Century BC when Rome decided to undercut the then independent Greek island state of Rhodes by establishing a tax-free port on the island of Delos. Even though Rhodes only charged a 2% on trade, it quickly lost trade to the new tax-free port and its era as a commercial power was effectively ended.

The Origins of the Tax Haven

The ancient kingdom of Judea unwisely refused a treaty of friendship with Rome, which would have led to tax free status. Instead the Jews lost their freedom and, in the fullness of time, their country for the next 18 centuries.

The original Muslims conquerors used tax policy as a means of religious conversion. While the Muslims who conquered much of the world between modern Spain and modern Pakistan were relatively tolerant toward their follow monotheists, including Christians and Jews, they did impose a special tax on anyone who refused to convert to Islam. Naturally, quite a few people in the places where the Prophet’s warriors subdued became fervent Muslims.

The European colonial powers attracted settlers to the New World with favorable tax policies The Spanish, the English, and the Dutch dangled low taxes as an incentive for its citizens to brave a long ocean voyage and start life in a wilderness filled with often unfriendly natives.

Ironically the main cause of the American Revolution stemmed from an attempt by the English government to raise taxes on the citizens of the American colonies to pay for their defense and administration.

The Offshore financial sector can be seen to have first begun in 1815 when Switzerland stated that it was to become a neutral state.The industry developed slowly over the next hundred years and was primarily used by the European elite, remaining a relatively small scale industry.

Most economic observers propose that the 'true' original tax haven was Switzerland, with the runner-up being Liechtenstein. The banking industry in Switzerland was historically known as a capital haven, particularly for citizens running away from social disturbance in many countries, such as Germany, Russia, and South America among others.

In the early 1900's, directly after the Great War, following widespread devastation, a large number of governments in Europe raised taxes abruptly to help pay for reconstruction efforts.

For the most part, Switzerland, having stayed neutral during World War I, evaded these increased costs of rebuilding infrastructure. It was, therefore, perfectly positioned to keep a low tax base. Consequently, there was a substantial stream of capital into Switzerland for tax-related reasons.

It wasn’t until after World War II as the British middle class sought a way to protect their assets from a successive series of oppressive British governments who imposed a punishing top income tax rate of 90% that the development of a more expansive unregulated financial industry was established.

The Beginnings of the Modern Tax Haven

Tax haven usage in modern times has undergone several phases of development, especially after World War II. 'Tax Haven' typically referred to personal taxation avoidance, between the 1920's and the 1950's. Often times, the term was used to mean 'countries that a person could retire to and reduce their post-retirement tax burden.' After the 1950's, however, corporate entities increasingly began to use tax havens to lower their global tax obligations.

British legislation was passed during the 1960’s that gave permission for the use of trusts; together with the creation of the Euromarket this effectively gave banks permission to carry out unregulated deals with foreign entities if they used foreign currency, which both helped to create a more liberalized financial system.

After the dissolution of the British Empire, many of its former territories took this newly found freedom and turned it into an opportunity. By effectively creating a safe haven for foreign assets, they were able to generate a surge of new profits that were used for the development of their newly found freedom.

Ironically, the U.K. probably has been more responsible for the proliferation of tax havens than any other single nation, which during the late 1960's and throughout the 1970's encouraged many of its dependent territories and soon to be independent micro-nations, to develop their own financial services industries so as to make them less dependent on Whitehall for economic aid.

This was, at the same time when the nation under the Labour government of the late 1960's, established an hitherto unprecedented 90% top marginal tax rate. (Something that the current French president seems only too eager to copy with a 75% top marginal rate on its 'super-rich').

Offshore Financial Centers and the Future

The majority of tax havens, between the early and mid-1980s, shifted the aim of their legislation to develop corporate instruments that were 'hypothecated' and exempt from local taxation (in most cases, these could not trade locally either). These vehicles typically were referred to as 'exempt companies' or 'international business corporations' (IBC's).

Modern tax havens do not even have to be separate countries. The United States has seen the flight of businesses and capital from high tax, high regulation states such as California, and New York to low tax states such as Deleware and Florida. The latter states are cleverly using tax policy to build up industry, create jobs and, ironically, increase tax revenue at the expense of the former.

Low tax vehicles are offered by both ‘traditional’ financial centers and modern multifaceted markets throughout the world in order to entice foreign companies and to remain competitive in today’s globalized marketplace.

The offshore industry now covers the globe and remains an integral part of international finance and looks as if it is here to stay for as long as there are high taxes in one country and low taxes in another capital will seek out space where it has an advantage.