Why Choose Switzerland as a Tax Haven?

Switzerland has a long tradition of being a strong tax haven for individuals and their assets. Switzerland is not officially recognized as an offshore tax haven and does not use the term "offshore" anywhere in its corporate legislation, instead prefers to use the word tax-privileged, however, it is very attractive for an offshore company formation due to its low-income tax for non-resident companies.

The tax system is designed in a way where every canton (or region) has the ability to determine its own taxation, hence companies can choose cantons with the lowest tax. Currently, Schwyz and Zug are the most attractive and have a tax rate of just 8.5%.

Switzerland also has Double Taxation Agreements (DTA) in place with more than 100 countries including the United States, which companies have access to that ensure one can escape double taxation.

Switzerland is a world-renowned financial centre and is second in the world after the US for investment funds. Though Switzerland remains a strong financial centre it has changed a number of its policies in recent years, due to pressure from the EU and US. It is much more difficult, especially for Americans, but equally so for non-residents to open an account as all clients must be thoroughly vetted with KYC regulations and AML policies.

However, if one is depositing enough assets (generally 6 figures are required) and willing to go through the process, the country offers an unparalleled financial environment with some of the top offshore banks and accounts in the world.

Switzerland has also in recent years been a top destination for crypto startups and ICOs due to the favorable taxation policies from the government. The canton of Zug, now famously dubbed the Crypto Valley draws crypto enthusiasts en masse. 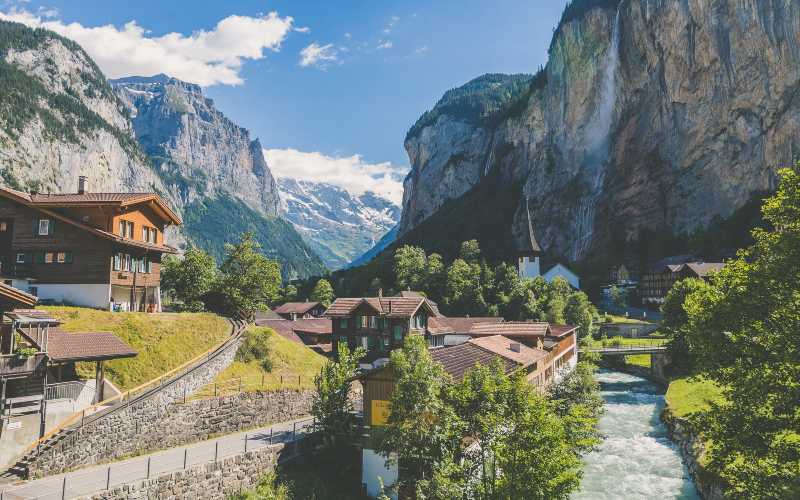 Benefits of Switzerland as a Tax Haven

Switzerland is located in the heart of Europe. It is a small land-locked country of 15,940 sq. miles with Italy on its South, Germany to its North, France to its West and Austria and Liechtenstein to the East.  It has numerous villages rivers and lakes and is home to the infamous Swiss alps which cover much of the country.

Switzerland is ‘direct democracy’ and follows the structure of Federalism. Citizens are subject to three levels of legal jurisdiction - municipal, canton and federal levels. There are currently 26 cantons which are the administrative districts in the country. The 1848 and 1999 Swiss Constitution enshrines a system of direct democracy; which means that the people can overturn any legislation introduced by the government.

This can be done by a federal referendum, in which a group of citizens must collect at least 50,000 signatures against a certain law within 100 days of the law being passed. A National Vote is called upon and a simple majority decides whether to accept or reject the law. Any 8 cantons can also call a referendum to challenge federal law.

When it comes to foreign and international relations, Switzerland follows the policy of neutrality since the year 1515 avoiding any alliances that might entail military, political or direct economic action.

Due to its policy of neutrality, it is home to countless prestigious and world-renowned institutions like the palace of nations, which is the second-largest United Nations centre after New York. It also hosts Red Cross and Red Crescent Movement and the Geneva Conventions and since 2006 as well as hosting the United Nations Human Rights Council.

Switzerland has a strong, stable, robust and high-tech economy. The World Economic Forum currently ranks Switzerland as the most competitive economy in the world. The European Union ranks it as the most innovative country in Europe.

Manufacturing is the most important economic sector. It mainly consists of the production of specialty chemicals, health and pharmaceutical goods, scientific and precision measuring instruments. Exported services (finance and insurance, tourism, international organisations, etc) make up 33% of all exports.

Switzerland is home to some of the world’s largest multinationals. Some of the largest Swiss companies are Glencore, Gunvor, Nestlé, Novartis, Hoffmann-La Roche, ABB, Mercuria Energy Group, Adecco, UBS AG, Zurich Financial Services, Credit Suisse, Barry Callebaut, Swiss Re, and Tetra Pak. Switzerland has one of the most recognizable company and financial services industries in the world. 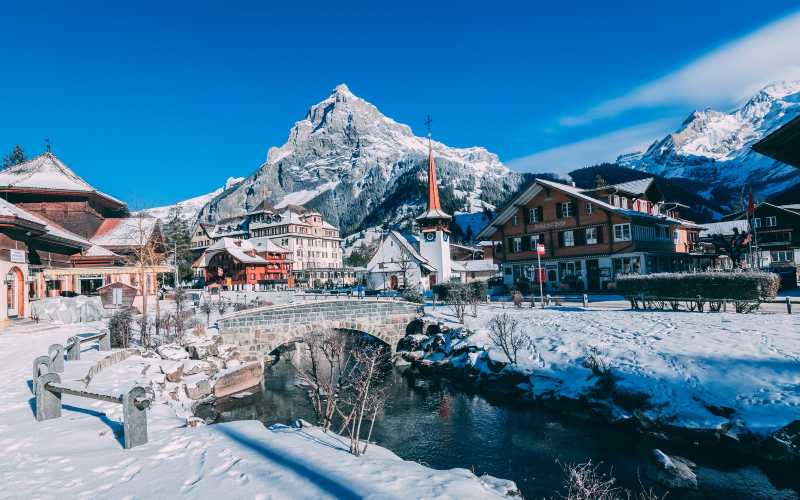 The population of Switzerland is slightly more than 8.5 million as of 2018. The population of resident foreigners stands at around 25% of the total population, making it one of the largest proportions in the developed world.

As Switzerland speaks 3 of Europe’s major languages, the culture is very diverse, which is reflected in a wide range of traditional customs. The majority of the country is rooted in Western European culture barring the linguistically isolated Romansh culture in Graubünden in eastern Switzerland.

Some of the most notable contributors to literature, art, architecture, music, and sciences call Switzerland their home. Since Switzerland was neutral during the wars and times of unrest in Europe, it attracted a large number of people who latter settled there.

The number of museums has tripled since 1950. Currently, there are about 1000 museums distributed throughout the country. Some of the most important cultural performances held annually are the Paléo Festival, Lucerne Festival, the Montreux Jazz Festival, the Locarno International Film Festival and Art Basel.

Alpine symbolism has played an essential role in shaping the culture and the Swiss national identity. Some concentrated mountain areas have a vibrant ski resort culture in winter, and a hiking or mountain biking culture in summer. Other areas throughout the year have a recreational culture that caters to tourism,

There are no exchange controls imposed.

Switzerland is based on a Civil Law system

In practice, the tax rates are set directly by the Voters! As the authority to levy taxes is time-bound and the right of the federal authority to levy taxes expires in 2020. To continue the taxation, a Constitutional Amendment must be made, which must go through a popular referendum, by both a majority of the population and a majority of the cantons.

These referendums have been rejected 5 times in the past between 1958 and 1991. The formal framework for taxation between the various levels of Government is harmonised by the Federal Tax Harmonisation Law, 1990. Double Taxation by several cantons is constitutionally prohibited.

Tax liability arises if the effective management or legal seat of a corporation is based in Switzerland. Switzerland has a measure to limit double taxation, wherein profits from foreign business establishments or real estate are exempt from taxation.

Canton tax and municipal tax differ depending on the geographical location. Their number of provisions limit the double taxation of profits at the corporate level and contribute to Switzerland's tax haven status.