Why Choose Gambia as an Offshore Tax Haven

The Gambia is an English speaking country with a well-established democracy that is based upon an English Common law legal system that boasts of low crime and a booming tourist economy that is known for its warm culture and its relaxed environment.

There are relatively few offshore jurisdictions in the African sub-continent that have the infrastructure and corporate capabilities as does the Gambia, who passed the Business Enterprise Regulations relatively recently in 2013, but since then, in just a few years it has quickly become a popular offshore jurisdiction because due to its safe political and economic climate as well as its minimal corporate requirements.

The country has a stable corporate environment together with a robust corporate legal framework with tight due diligence policies to better legitimize the growing market.

The country’s offshore financial market is integrated within its onshore formation structure, which has further helped to formalize the industry.

Furthermore, Gambia is not blacklisted by any international financial agency and is quickly becoming a sought out offshore financial centre in Africa.

UPDATED: The Gambia no longer offers an IBC for non-residents. The corporate registry and the government have ceased to offer corporate structures that give tax benefits. We suggest looking into other jurisdictions such as

In-Depth Information about The Gambia: 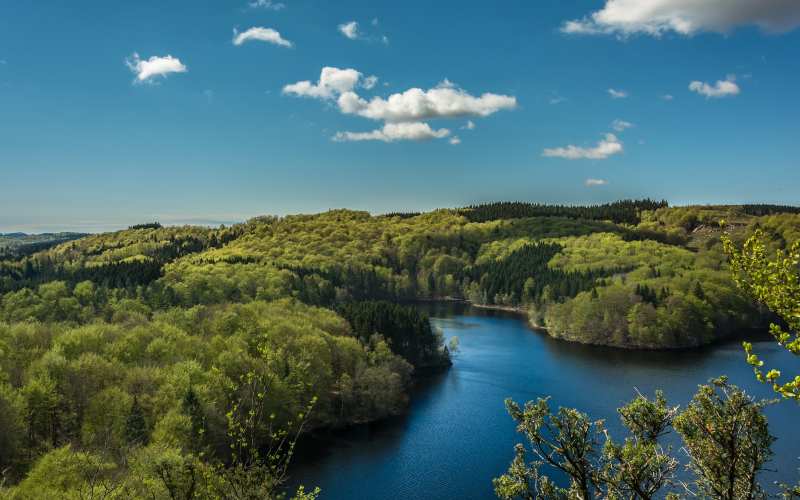 The Gambia, officially known as the Republic of the Gambia, is a country in West Africa that is bordered by Senegal on all three sides with the fourth side up against the Atlantic Ocean. The Gambia River, the country’s namesake, runs through the middle of the country, providing much needed fresh water. The Gambia is the smallest country within the African mainland and has an area of 10,689 square kilometres and is less than 48 kilometres wide at its widest point.

The first mention of the Gambian area comes from accounts provided by Muslim merchants and traders in the ninth century, as the area was once along a popular trade route. The Portuguese laid claim to the land in the 15th century and later sold it to the English in the 16th century.

The Gambia first achieved independence in 1965 from the UK and established a constitutional monarchy within the British Commonwealth. Elizabeth II was the Queen of the Gambia until 2013 when the country decided to leave the Commonwealth of Nations.

Since the country’s independence, the Gambia has held freely contested elections that are held every five years. The country is dominated by one political party that has held on to power for the past twenty years, though other opposition parties are allowed, none have had the strength to effectively challenge the leadership. The Executive is led by the President elected by a popular vote for a five-year term and is given the power to appoint cabinet members. The Legislative branch is made up of a unicameral legislative called the National Assembly, which has fifty-three members all of which are popularly elected, except four seats that are appointed.

The Gambian economy is dominated by farming, fishing, and tourism. The Gambian economy is an open liberal economy that is driven by private enterprise with a heavy basis on traditional subsistence agriculture. The cultivation of groundnuts (peanuts), its oceanic ports, low import duties, and administrative flexibility all constitute the varying dynamic elements that make up the country’s economy. The country’s GDP is estimated to be at US$2.26 billion (2008) with an average economic growth rate of 5.5% per year (2008) and a per capita GDP at US$1,300.

Agriculture makes up 30% of the economy and employees over 70% of the population. The agriculture sector is dominated by the cultivation of groundnuts, but also is made up of other crops, livestock, fishing and forestry. There is a moderately developed industry, which accounts for nearly 7% of the country’s GDP, while services account for the majority 58% of the country’s revenue. The UK and member countries of the EU (Germany, France and Belgium) are the country's major trading partners, which accounts for 86% of all the country's exports.

There are twelve commercial banks in the Gambia with several international banks that are represented in the country, with the oldest being the Standard Chartered Bank, which goes back to 1894, and is now referred to as the Bank of British West Africa.

The Gambia has a moderately developed infrastructure with over 2,700 kilometres of roads. There is one International airport in Yundum, just south of the capital, with several international airlines providing services to the country. There are two English daily newspapers as well as three radio stations. The country receives a satellite connection for its internet connection which has greatly expanded over the last few years.

The population of the country is estimated to be at 1,800,000 (2013). Banjul is the capital, with Serekunda and Brikama being the largest cities in the country.

There are a number of ethnic groups that live in the Gambia each having their own local customs, languages and traditions. The Mandinka is the largest ethnicity and is followed by the Fula, Wolof, Jola, Serahule, Seres and the Manjago. English is the official language and French is the second most widely spoken language, though many other languages are spoken, including, Mandinka, Wolof, Fula, Serer, Frio and many other local indigenous dialects.

The constitution gives the right to practice any religion that a person so chooses. The dominant religion is Muslim, which is practised by over 90% of the population followed by Christianity 8%, and other local indigenous beliefs 2%. Though Islam is the most widely practiced faith, it is taken lightly and Sharia Law is not practiced. On the whole, the region and its people are incredibly peaceful and the region does not suffer from inter-tribal or inter-religious friction. Though the basic precepts of the Muslim faith are followed, there are no radicalized elements in the culture. Local traditional beliefs in animism are also widely held, one that recognizes all life as being imbued with spirit, making all life sacred.

Gambian culture is a varied mosaic of differing tribal and regional influences. Though it is heavily influenced by the Muslim faith, influencing the ceremonies, rituals and customs within the region. Christianity and its customs and influences can also be seen and felt, though much smaller in comparison. Local culture places emphasis on family and local customs as 80% of the population still lives in rural areas can be seen living a more relaxed slow-paced lifestyle which has not changed much over time.

There are no exchange controls in the Gambia.

The Gambia is based on the English Common law system and is supplemented with local statues. The rule of law in the Gambia is strong and there is general respect for the power and rule of the state and its institutions. There are effective and general means for enforcing property and contractual rights

The Business Enterprise Regulations Act was passed in 2013 and is the primary piece of legislation that regulates the country’s offshore formation industry.

All foreign income that is derived from outside of the Gambia is exempt from all local taxation. All International Business Companies enjoy complete freedom from Gambian corporate taxation on revenue that is sourced from outside the jurisdiction. This includes, but is not limited to: