Dominica as a tax haven has much to offer. As a place to live or visit, this mountainous island is known for its unparalleled beauty. A major effort by the Dominican government in recent years has been to promote eco-tourism. The Dominican climate is tropical and the country is located in the midst of a string of fascinating, multicultural islands that make up the Eastern Caribbean.

The Dominica economy, once overly-dependent on agricultural products, has diversified to include small industry, geothermal energy production, tourism and offshore investing. The Government has, over a period of nearly two decades, established a number of incentives for investors.

The rules and regulations by which a Dominica offshore company can be established and operated are very favorable, include solid privacy laws and a highly-streamlined process for setting up a Dominica Company Formation. Additionally, it may be possible to obtain a Dominica offshore banking licence as the government is keen to develop its financial sector.

Last, but not least, Dominica has the world’s least expensive official economic citizenship program, giving expatriates the opportunity to be granted Dominican citizenship. 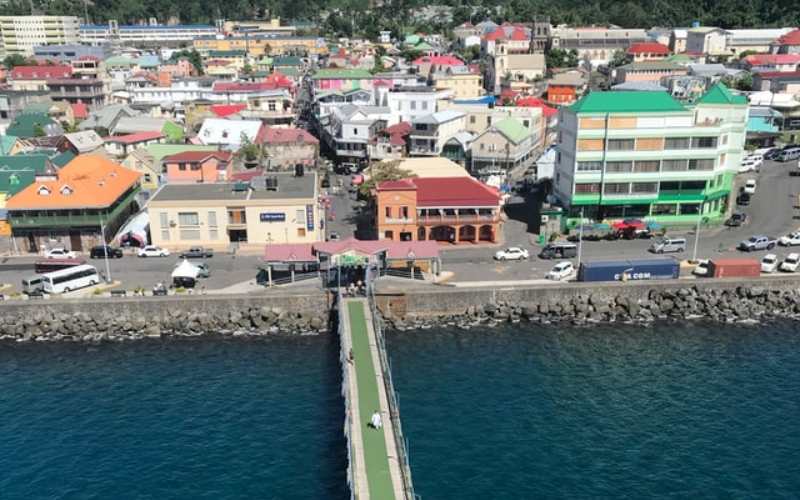 Benefits of Dominica as a Tax Haven

General Information about Dominica as a Tax Haven

The nearest two islands, Martinique and Guadeloupe, are Overseas Departments of France. Travel by air to other islands in the Lesser Antilles region will take anywhere from 15 minutes to 1 hour. Puerto Rico is 1 hour and 15 minutes away by air and the flight time to the US mainland is 2 hours.

The capital and largest city is Roseau. Dominica is on Atlantic Standard time, which is one hour ahead of Eastern Standard Time. The country does not observe Daylight Savings time. The island, with its mountainous terrain and lush tropical forests, is famous for its natural beauty. It is still being formed by volcanic activity and is home to Boiling Lake, the world’s second largest hot spring.

Dominica is a republic within the British Commonwealth of Nations. After having obtained possession of Dominica from France in 1763, Great Britain established it as a Crown Colony in 1838.

From 1958 until 1962 Dominica was a province within the short-lived West Indies Federation which included among others Jamaica, Bermuda, Barbados and Saint Kitts and Nevis. In 1978, it became an independent nation and a parliamentary democracy was established. The country is politically divided into ten parishes, each named after a saint.

There is a non-executive presidency in which the President functions as the Head of State. The legislative branch of government consist of a Unicameral 30-member House of Assembly. Of its 30 members 21 are directly elected while the other 9, who hold positions as senators, are appointed by the president upon the advice of the Prime Minister and the Leader of the Opposition. A Speaker, who is responsible for the general management and administration of House affairs, is elected from persons who are non-members of the house.

The President can serve a maximum of two 5-year terms. Although the presidency has somewhat limited powers one of its duties is to dismiss a prime minister in the event of a no-confidence vote. While the politics in Dominica have at times been factitious, the country has witnessed a succession of smooth transitions of power ever since its independence.

The judiciary is a separate branch with the highest court being that of the Eastern Caribbean Supreme Court. Lower courts, including the High Court and Court of Appeal rotate among the 9 member states of the Organization of Eastern Caribbean States.

The economy is somewhat vulnerable as less than 23% of the country is under cultivation and the country lies within the tropical storm and hurricane belt. The main export for many years has been bananas which are still exported in large quantities to the EU.

Since the 1980’s, significant efforts have been made to diversify the economy by broadening the agricultural sector, developing export-oriented small industries, taking advantage of the island’s geothermal energy possibilities and encouraging tourism, especially eco-tourism which is becoming increasingly popular. In addition, the Government has encouraged the development of an offshore financial-services sector including IBC and bank registration. Membership in the Caribbean Basin Initiative allows access to US markets.

The Dominican economy suffered in 2009 as a result of the global recession and has yet to fully recover. The good news is that the debt burden has steadily decreased to where, at 70 % of the GDP, it is one of the lowest in the Eastern Caribbean. The GDP growth rate turned positive in 2013 after several years of decline. The per capita Gross Domestic Product in 2013 was estimated at $14,300.  Just over 68% of the GDP came from the services sector with the agriculture and industrial sectors each accounting for approximately 15 % of the GDP.

While Dominica is not a rich country, with just under a third of the population living at or beneath the poverty level, the distribution of wealth is more even than is found elsewhere in the Caribbean or, for that matter, in much of Central and South America.

Dominica is a member of the Caribbean Community (CARICOM) and the CARICOM Single Market and Economy (CSME). It is also a member of the Organization of Eastern Caribbean States (OECS). Dominica holds memberships in the OAS, UN, IMF, WTO and WHO and numerous other international organizations.

Insofar as infrastructure is concerned, there is only one major highway in the country, running up the west coast from Roseau to Portsmouth. Most of the other highways are primitive or poorly developed. There are two airports in the country, one of which can accommodate larger jet traffic. Most commercial flights are on smaller aircraft.

Two newspapers are published on the island and there are two TV stations plus a number of radio stations. The Internet and mobile networks are fairly well established. The East Caribbean Fiber Optic System and the Global Caribbean Network submarine cables connect Dominica to other Eastern Caribbean islands.

Those who choose to invest in the Dominican economy can be made eligible for citizenship. Those holding a Dominican passport can gain entrance to over 90 countries and territories, either without a visa or can obtain one upon entry. Citizenship can be applied for and granted under the Dominica Economic Citizenship Program by investing in the country's economy.

As of 2014, the investment cost was $100,000 for an individual, $175,000 for an applicant and spouse, and $200,000 for a family of four. The process takes around 5 to 6 months currently.  Please let us know if this is of interest. At this time it is still the least expensive official economic citizenship program in the world.

The Dominican population stood at 71,293 as of 2011. Having been a French colony for several years one of the languages spoken on the island is Antillean Creole, spoken mostly by the older generation. English is the official language and the language of commerce and French Patois is also spoken. The population is predominantly black, due in large part to the importing of slaves from Africa by the French and English until the latter abolished slavery in the colony.

The country was sighted by Christopher Columbus on a Sunday. He named the island after the Latin name for Sunday – Dominica.  Before the arrival of European settlers in the 17th century Dominica was populated by indigenous Island Caribs. It was a French colony for a number of years before the island was ceded to Great Britain in 1763.

The indigenous peoples of Dominica, now known as the Kalinago, have their own territory on the eastern part of the island where visitors can enjoy their culture first-hand and view or purchase traditional art and craft productions including weaving, pottery, wood carving and canoe building.

The population is predominantly Roman Catholic (80%) with the majority of the remainder being Protestant. There is also a small Muslim presence.  Dominican culture is a mix of cultures with music, especially modern Creole music, and dance being important facets. There are numerous Creole music festivals held throughout the country every year.

The cuisine is similar to that of many of the other Caribbean islands. Breakfast is perhaps the most important meal of the day and the residents regularly feast on a popular snack known as saltfish and bakes, or salted cod and fried dough. Traditional English dishes are popular. Chicken is highly popular, as is brown stew chicken and fried and stewed fish.

Dominica has a state college and a medical school. Many students attend the University of West Indies while others travel abroad for their education to Cuba, the US and the UK. The most popular group sport is cricket.

None. There are no foreign exchange controls. The official currency is the Dominican Dollar which has held steady for a number of years with an exchange rate of 2.7 to the US Dollar; the US dollar circulates freely throughout the economy. A Dominica offshore company is free to use any currency, or multiple currencies when doing business. 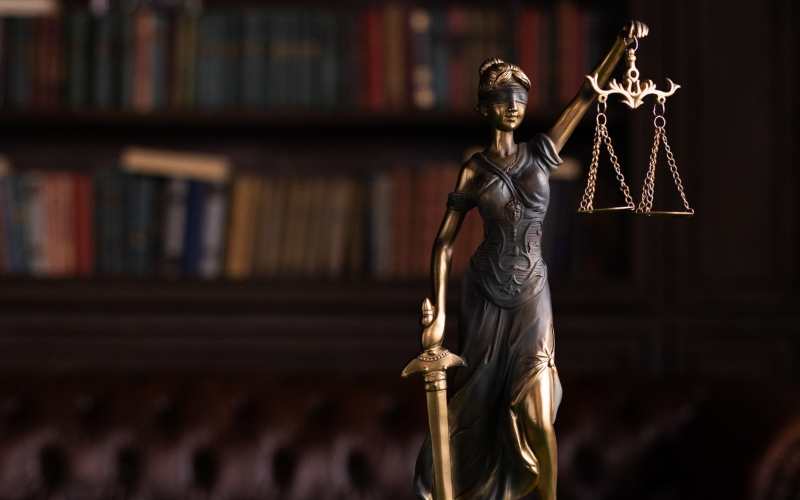 Dominican law is based on English Common Law, with local modifications. In case of disputes, the ultimate right of appeal lies with the Privy Council in London.

The primary piece of corporate legislation affecting Dominica company registry and offshore company operations is the International Business Companies Act 1996, also known as the IBC Act. This Act, which has been amended on several occasions, offers those interested in forming an offshore company a significant amount of flexibility in doing so, with registry and incorporation processes being highly streamlined and efficient. A Dominican IBC can be created within 24-48 hours following application to the Dominican Maritime Registry.

Dominican law provides a minimum 20 years tax exemption for offshore corporations beginning from the day of incorporation. Once approved, IBCs are exempted from payment of withholding taxes on dividends, interest payments and other relevant external payments. Dominica is not a party to any double-tax treaties and has a tax treaty with the UK, the US and CRICOM countries to prevent double taxation of income earned in Dominica. There is no capital gains tax in Dominica and foreign investors are allowed to repatriate 100 percent of their profits.

Visit the page below for more information and/or to incorporate a Dominica-based offshore company with or without an offshore bank account: