Non Extradition Countries: The Best Places To Go When Your On The Run 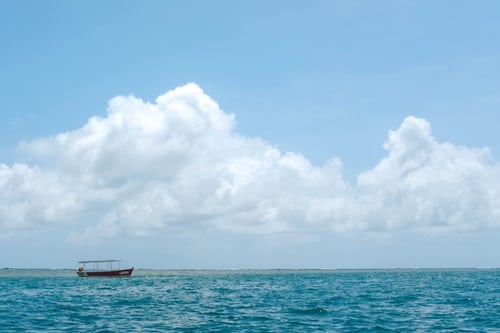 In the event that you need to leave the country and find somewhere safe to lay low, where would you run to?

You needn't be Jason Bourne to want to find a safe haven. There are in fact numerous small infringements that can have the governments dogs after you.

Since you are likely to think more clearly when not under pressure, planning presents several benefits for you and your beneficiaries.

What kind of people are looking for such types of places?

Edward Snowden and Julian Assange are likely the first persons that come to mind who sought protection from being extradited.

There are reasons why one would need to escape the US, even if you aren't a spy or a whistleblower. For example, what if the government abruptly decided to change a law making your business a criminal enterprise? Or if you had a half-crazed ex-spouse who was trying to get their hands on your assets?

What about angry creditors, an upset plaintiff who lost their lawsuit, or getting into a business deal with the wrong type of people?

Having an idea of where you could safely disappear too just in case something happens, might be a good idea, or just a fun thought experiment.

What Are The Best Places to Run To When You're Being Pursued?

When planning out your perfect escape, one of the first things you should check is which countries you could run to where you are not at risk of being extradited back to the United States as it has bilateral extradition agreements with over 107 countries.

This means that if you make the mistake of landing up in one of these places, you run a high risk of being sent packing straight back to The Land of the (not so) Free. Therefore, it makes sense to choose a country which does not have an extradition treaty with the US.

Extradition is when one country repatriates an individual who is accused or convicted of a crime to back to the country where it was committed. It usually involves a bilateral treaty though is not legally binding is based upon the cooperation of law enforcement agencies of both countries

An extradition treaty means that there is an official and organised mutual agreement between two nations using a bilateral agreement to extradite fugitives back to the soil of the country to face the legal consequences. However, it is important to mention here that extradition is a murky business in practice.

That being said, you do stand a much better chance if you choose to hide out in a country that does NOT have an official extradition treaty with the United States.

Countries with No Extradition Treaty with the U.S.  2020

If you need to narrow your list to a few top choices of places in the world where you could hide out, here are a few that might make that list.

Before we get started with the our selection of the best places to visit, here are some ways you can secure your assets, protect your identity and just maybe disappear completely.

Places where you can Disappear Completely

In order to decrease the risk of being found by a governmental or policing agency, you need to learn how to disappear. To become a ghost is much harder than you might think. Social media, credit cards, CCTV, bank accounts, online purchases are all tracked and can ultimately point authorities to exactly where you are.

This means deleting emails, accounts in forums, use a disposable phone, don't use any type of digital communication, and start to learn the art of disguise. This can involve things like cultivating a new persona, a new story, new clothes, disconnecting yourself from loved ones, and essentially severing all forms of your old life.

There are many variations and extremes that this can all take. Everything from fake IDs to a complete facial transformation. How deep down the rabbit hole you want to go will all depend upon your circumstances and who is after you.

There is a misconception that one has to always go to some unknown hellhole at the ends of the earth to escape. There are many great places to choose from where you would be unlikely to run the risk of extradition.

Here are a few of the best options:

Russia and China are at the top of our list of top non-extradition countries. These are two big nations that are not easily pushed around. Neither of them has extradition treaties with the US. Furthermore, both have a history of rather ‘cold’ relations, so are unlikely to want to play nice.

One famous case of non-extradition in Russia is that of Edward Snowden who was able to find asylum there.

Both Russia and China can be ideal places to reside for both short-term and long-term. They are affordable, and their vast size and diversity mean that you can live any kind of lifestyle that suits your preferences and budget.

Another good non-extradition country to mention is Mongolia, which is sandwiched between China and Russia. Mongolia is an affordable place to lie low for a while and has a rapidly growing economy.

This means you could even come across some good business and investment opportunities while you are there.

Brunei is one of the richest countries on the list of nations with no extradition treaty. The Sultan of Brunei does not take orders from anyone and doesn’t take kindly to outside interference.

Brunei is not what you would call a constitutional democracy, with the Sultan personally owning every square inch of the Island and all the wealth on it. However, if you are able to overlook these drawbacks and abide by the social rules, you may find it to be a decent place to stay for a while.

The Gulf States are another set of wealthy countries with no extradition treaties. These include Kuwait, Oman, Qatar, United Arab Emirates and Saudi Arabia. However, some of these states have made it explicitly clear that they don’t want to be safe havens for fugitives, so it is best to tread with caution.

You might not interested in living according to the type of local culture of these Middle Eastern countries, but places like Dubai are home to large international communities and offer luxurious and comfortable lifestyles. Jordan and Lebanon are two other Middle Eastern nations with no extradition treaties.

The small Balkan country of Montenegro is possibly the most beautiful and unique country on this list. It offers nomads, travellers (and fugitives) a great lifestyle and good investment opportunities.

Unlike its neighbours, Serbia and Croatia, Montenegro does not have an extradition treaty with the US. It is also not a part of the EU which means it offers a certain degree of privacy.

These two fast-growing Eastern European nations might not have been first on your list. However, both offer good investment opportunities in their up-and-coming economies.

Ukraine is also a good jurisdiction for offshore banking. Most importantly, neither of them have extradition treaties with the US.

The South-East Asian countries of Vietnam, Cambodia and Laos are great expat hangouts without extradition treaties. Vietnam and Cambodia are especially popular tourist and business destinations.

Here, you can enjoy a high quality and affordable lifestyle, be made to feel very welcome, and take advantage of the many business opportunities available.

If your preference is to seek safety on a beautiful island, then look no further than Maldives, Vanuatu, or Indonesia. All three offer excellent lifestyle and business opportunities, and are ideal safe havens, as they do not have extradition treaties.

Vanuatu is a tax-free jurisdiction with an interesting citizenship by investment program, so you could even become a fully-fledged Vanuatuan citizen while you are there. Maldives offers beautiful beaches and crystal waters, along with good investment opportunities in the real estate space.

Indonesia, home to the popular Bali, is a favourite among expats and has a very fast-growing economy.

If you are feeling more adventurous and would like to venture over to Africa instead, then Ethiopia, Botswana, and Tunisia are three good prospects which do not have many extradition treaties. Ethiopia and Botswana are two of the strongest economies on the African continent. T

hose wishing to enter developing markets can use their escape as an opportunity to explore these promising places.

The North African nation of Tunisia is home to another up and coming African economy and is also a beautiful beach destination for those who prefer the Mediterranean climate.

Difference Between No Extradition Treaty and Non-Extradition

As we mentioned previously, there is a difference between being in a place which has no extradition treaty and not being extradited. There are examples of countries which do have extradition treaties but have still refused extradition in the past, such as Zimbabwe, Venezuela, Bolivia, Ecuador, Nicaragua, Iceland, and Switzerland.

There are also instances where countries have extradited fugitives even without extradition treaties, such as in the case of Spain and Yemen. There are no guarantees.

There are certain countries which do not extradite their citizens under any circumstances, such as Brazil, Venezuela, and Cuba. In fact, Brazil is one of the easiest places to become a citizen through naturalisation, so perhaps that is also something to consider.

What About the UK and Other Countries with No Extradition?

Once you have a comprehensive list, you can select your ideal location from there based on your personal preferences and situational requirements.

Although there is no such thing as guaranteed safety, you have a much better chance if the country you choose to run to does not have an extradition treaty with your home country, nor a history of ad hoc extraditions taking place.

Gone are the days of adding an offshore package to your virtual shopping cart.
There are no longer one-size-fits-all offshore solutions.
New tax laws are radically shifting the global offshore market.
Without a one-on-one offshore plan, you unnecessarily put yourself at risk.
A Personalised Offshore Legal Strategy ensures your security.

Yes, Receive My FREE Offshore Plan       No Thanks, I'm Ready To Order

No Obligation. No-Risk. Completely Confidential.
Tailor-Made Customised Offshore Solutions.
Made Completely For You.
*Please Note: We do not include prices on our website because each situation is unique
Get in touch for a consultation and price quote