The United States is currently one of only two nations which taxes its citizens on all worldwide income, regardless of where it was earned and where they permanently reside. This can create an unfortunate situation for long-term US expats who are tax residents of a foreign country, whereby they may be required to pay tax both to their country of residence and to the US government. It also makes it extremely difficult for US citizens to establish a new or alternative tax home in a low-tax jurisdiction in an attempt to avoid high US federal taxes.

How can US citizens reduce their taxes?

There are two primary ways for US citizens to avoid being liable for high taxes in the US. The first is to obtain a second passport and thereafter renounce their former US citizenship. Many have in fact gone this route in recent decades. However, for the majority, this option may feel too drastic, or they may not have the means to acquire full second citizenship.

The other option, which we will be discussing in this article, is to make use of the Foreign Earned Income Exclusion (FEIE) Act. The FEIE is one of the most effective ways for US expats who rarely set foot on US soil to greatly reduce, or even completely eliminate, their US tax bill. We will outline what exactly the FEIE is, who can qualify for it, and how to actually claim tax deductions using the FEIE.

What Is the Foreign Earned Income Exclusion Act?

The FEIE is a special provision which allows qualifying US taxpayers living on foreign soil to exclude part or all of their foreign-sourced income from US federal income tax. The FEIE is designed to help prevent double taxation for US expats who are already liable for income tax in their overseas country of residence. 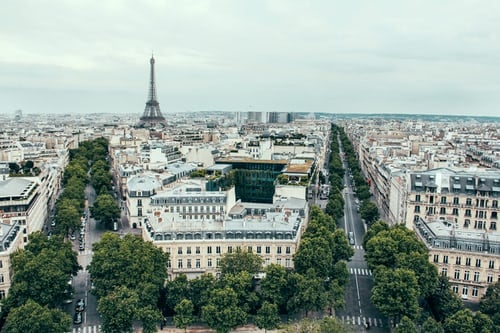 There are two main ways to qualify for foreign earned income exclusion: either by meeting the bona fide residence test or the physical presence test. There are some similarities between the two criteria, but they are in fact quite distinct and apply in different ways.

If you reside in a foreign country for a period which includes an entire tax year (equivalent to a calendar year) as an official resident of that country, then you are considered a bona fide resident. It is acceptable to have made short trips or vacations outside of the country of residence, but it should clearly be your permanent residence for the entire period. You should also be an established tax resident of the country in question such that you are liable for income taxes in that country.

In such circumstances, you are eligible to exclude all income (up to the maximum amount) which has been earned outside of the US from federal taxes.

The physical presence criteria may be easier to meet because the qualifying period can be chosen as any consecutive 12 months. If this occurs over two separate tax years, the tax deduction would be prorated over the two tax years and calculated accordingly. The prorated exclusion must also fall under the maximum exclusion limit.

To qualify under the physical presence test, you should also be established as a tax resident in a foreign country for the period under question, and it should be your primary place of residence during the period in question. However, temporary travel outside of the country is allowed.

It is important to take note that to qualify for either one of the aforementioned criteria, you must be established as a tax resident in a country other than the US for the period in question (i.e., you have to prove that you are liable for taxes somewhere other than the US). The FEIE is designed to avoid double taxation, not to evade paying taxes altogether. That being said, it is possible to establish yourself as a tax resident of a low-tax or tax-free jurisdiction which can effectively enable you to eliminate your taxes legitimately.

There are special conditions which allow you to qualify for FEIE even if the aforementioned criteria are not strictly met. One such case is a waiver due to adverse conditions. This stipulates that the qualifying criteria can be waived or relaxed if you were forced to leave the foreign country due to civil unrest, natural disaster, or other adverse conditions. In this case, if you are able to prove that you would have met the minimum time requirements, you can still qualify for the FEIE tax exclusion. 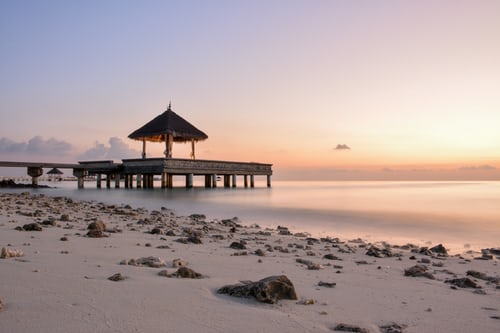 How Do You Claim Foreign Earned Income Exclusion?

The FEIE does not automatically come into effect, so you need to voluntarily apply for the deduction by making a formal application. This involves filling out the appropriate parts of Form 2555 and submitting it along with your US tax return in a timely manner. You can also fill out the form and submit it as an amendment to a previously filed tax return so as to claim deductions on previous return periods which you might have qualified.

Once you have voluntarily elected to exclude foreign-earned income from US federal taxes under the FEIE, the choice remains in effect for all subsequent tax years unless you revoke it.

In addition to foreign earned income exclusion, you may also be able to claim a foreign housing exclusion. Under which, you may be able to exclude any amounts paid towards foreign housing expenses such as rent, maintenance, and utility costs. Both expenses paid by you directly or by your employer on your behalf can qualify under this additional tax deduction.

The qualifying criteria for the foreign housing exclusion are the same as for the FEIE. The maximum amount which can be excluded is calculated as 16% of the total foreign earned income exclusion amount multiplied by the proportion of the 365-day tax period under which you qualified for the deduction. You can claim deductions under both FEIE and the foreign housing deduction together, but the same income can not be included under both categories.

There are various methods which US citizens can employ so as to legally reduce and eliminate their US tax liability. These include relocating to US States with more favourable tax treatments, using tax-efficient corporate structures and other financial vehicles, and applying for tax deductions.

Expats living outside of the US who are tired of still being liable for US federal taxes can consider obtaining second citizenship in a low-tax country and renouncing their former US citizenship. However, another more viable option for many is to make use of the Foreign Earned Income Exclusion Act. It is important to understand how to qualify and claim for tax deductions under the FEIE, as it can be one of the most effective ways for US expats to eliminate their US tax bill.