Why Do Most Companies Try to Settle Lawsuits? 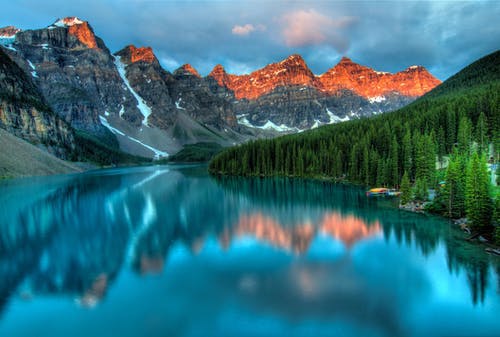 Overall, nearly 97% of civil cases are settled outside of the courtroom. You may wonder why companies settle lawsuits so frequently rather than go to court, but there are a variety of reasons that go well beyond guilt or innocence.

Let’s explore the common reasons why companies are sued, how companies decide whether to settle and why most companies try to settle lawsuits rather than go to court.

What is a lawsuit settlement? In legal terms, a settlement is a resolution reached between the parties in a lawsuit to end legal action. Settling a lawsuit can happen at any stage in the proceedings leading up to court action or at any time during court proceedings before a verdict has been reached.

Companies often settle lawsuits to bring legal action to a conclusion and avoid lengthy and expensive litigation even if they believe the case has no merit.

Common Reasons Why Companies Are Sued

Why Do Most Companies Try to Settle Lawsuits?

Companies often enter into a lawsuit settlement to avoid prolonged litigation, protracted attorney fees, or resolve counterclaims. Settling a lawsuit can also help prevent negative publicity or attention about your company, which can sometimes do more damage than the lawsuit itself.

Going to court is always a risk. It’s an expensive proposition even if you win. It can tie up resources for years and distract leaders from focusing on company goals. At other times, the parties simply come to an agreement to resolve the conflict without needing to go to court.

Here are a few recent examples of cases that settled:

Outcomes in court can be unpredictable. When companies settle a lawsuit, the results are predictable and guaranteed. Guilt is not a factor because settlements resolve disputes without either side admitting wrongdoing.

A settlement can end disputes, avoid years of legal wrangling, and allow both parties to get back to work.

How to Decide Whether to Settle or Sue

If your company is sued, you have some decisions to make. Do you want to pursue a settlement, defend yourself in court, or enter into arbitration?

Many companies include arbitration clauses in their contracts or terms of service to avoid the expense of litigation altogether. This moves disputes out of the court system to independent arbitrators who help remediate disputes.

If arbitration is not initiated and you are unable or unwilling to settle a dispute, you will likely end up with a protracted legal case winding up in court. Settling a case lets you avoid going to court, the uncertainty, and the potential negative publicity. In many cases, it’s also significantly less expensive to settle a case rather than to defend yourself—even if you’re in the right.

It can be difficult at times for companies to come to an agreement especially if those being sued believe they are not guilty of the charges levied against them in the lawsuit. However, it can be the most prudent course of action in many cases.

Here are some of the things you should evaluate when deciding whether to settle a case, defend yourself in court, or sue another company:

Settlements happen frequently in many cases for financial reasons. The cost of defending a discrimination or other employment lawsuit can easily reach $250,000 even for a successful ruling. It’s cheaper and quicker to reach a settlement for far less.

For larger corporations, the costs can escalate to extraordinary amounts. One survey of Fortune 200 companies presented to the U.S. Committee on Rules of Practice and Procedure revealed that the average outside litigation costs for companies reached $140 million—and that was back in 2008.

Given those numbers, it’s not surprising how many lawsuits settle before heading to court, especially when you consider the average lawsuit takes three years or longer to resolve.

Companies that settle lawsuit complaints and legal actions too frequently, however, can also run the risk of more litigation and expenses. Facing three class-action suits and more than 75,000 arbitration demands, Amazon recently changed its terms of service to allow customers to file lawsuits rather than go right to arbitration.

When companies settle a lawsuit, you can’t assume they did so because they were in the wrong. Companies settle for a variety of reasons, including the cost of litigation, the potential damage to a company’s reputation, and the attention it takes away from running the business.