How Do Tax Havens Work & Why Do They Exist?

With banks failing, governments coercing and economies collapsing, establishing yourself offshore is more important than ever. Despite the attention grabbing headlines showing solemn face bankers being slapped with heavy fines by the IRS for tax evasion, the offshore industry couldn’t be doing better.

The very reason why the IRS, FATCA and the US government regulators are becoming increasingly tight on foreign banks, offshore accounts and international transactions, is because the offshore industry is growing at such an alarmingly rate due to the current international political and economic uncertainties, that they felt compelled to intervene in hopes that some of the deferred tax revenue might cover their increasingly large deficit.

With banks failing around the world (2008-2010 500 banks closed in the US alone); governments coercing (through FATCA compliance regulations, and stolen retirement funds in Hungary, Poland, France); and economies collapsing, (Venezuela, Greece, and Argentina without mentioning half of Eastern Europe which is on the brink of collapse) the need to protect your assets is higher than ever.

While the offshore industry has been given a bad rap as it is smeared through countless headline-grabbing controversies. We have been built a narrative around offshore banking. Sitting on private yachts smoking cigars with Panama hats,   piles of cocaine sitting around cabanas in the Caribbean handing over briefcases filled with cash, secret meetings with suited government and bank officials to launder money through the banking system.

Offshore banking now is some exotic affair that has been romanticized. Money Laundering is almost made sexy. Provocative imagery is the only way to capture the imagination. And it seems like they did a good job, because now offshore banking is equated with tax evasion.

Foreign ownership of an offshore company or account is not as exotic and mysterious as all that it's made out to be. There are many liberal tax regimes that provide serious incentives for foreign capital. If you run a global or digital business, why wouldn't you go offshore?

It is of no surprise, then, that over 70% of Fortune 500 companies use offshore companies as a means to lower their tax burden. Despite whatever is said about offshore vehicles whether companies or accounts, they provide necessary services for companies conducting global business.

How Do Offshore Tax Havens Work?: The Unequal Balance of Power

The rise of global communication technology has virtually eliminated boundaries creating a hyper-globalized economy allowing financial flows access to markets in all corners of the world.

This has enabled the spread of global transactions stimulating innovation and growth along with many areas of the global economy.

However, the current trend of globalization is now fast becoming authoritarian, moving away from a hands-off liberalized version, as it has become entirely self-serving, governed and manipulated by the economic elites, Multi-National Corporations (MNC), and powerful state governments and institutions that have to a large degree forced their agendas and policies on the rest of the world.

Western industrialized countries have become more forcefully outspoken against the perceived inadequacies of the current offshore system as it watches frantically its capital flowing out to alternative low-tax markets.

This is, however, a natural movement of a person or asset in a liberalized economic order - one that seeks to maximize efficiency where one has a comparative advantage.

Intimidation tactics, trade barriers, and economic blacklisting have been used as a response as a means against the smaller Offshore Financial Centers (OFC) that do not go along with the new regulations and supervisory institutions established.

As many of these OFCs are former colonies whose economic development has been severely curtailed by continuous exploitation and occupation it has little other recourse but to create avenues of competition in sectors where it retains some advantage.

Since the last global financial crises, emerging markets have been particularly hit, coupled with the increased regulatory effects that have come since, has severely threatened the economy of many financial havens.

Why Do Tax Havens Exist?

Just like many western countries, seeking to attract investors and economic opportunities give advantages to companies seeking to establish themselves in certain sectors; similarly, many emerging market countries have created a financial environment that seeks to due to same - provide conditions that favor international investment and capital flows.

While certainly overly-exposed unregulated areas of the world's economy need tighter regulations to prevent malfeasance, they should do so in collaboration and not by brute force.

These regulations come primarily through the economic hegemony of highly developed nations that seek to retain their grip over the world's economy by exploiting their unequal balance of power enjoyed primarily from its past imperialistic legacy.

And so, such countries not wanting to lose any possible tax revenue, have used regulatory bodies including the U.S. Government, EU, OECD, and FATF to ensure that their place in the world order remains intact.

Income tax competition remains a significant sore spot for many developed countries that seek to keep a firm hold on their tax base.

The OECD deems such income tax competition as harmful to the global economic order, and suggests that they are acts of ‘civil disobedience against income redistribution’.

The dangers of labeling one form of competition as dangerous and another as advantageous, like income tax and commercial trade, for instance, comes with biases and colors what should be pure open market liberalization.

It moves farther away from a free open border economic globalization that encourages innovation and competition through the freedom of financial movement and becomes more like a fascist world order of slaves and masters.

Gone are the days of adding an offshore package to your virtual shopping cart.
There are no longer one-size-fits-all offshore solutions.
New regulations have radically changed the offshore industry.
Without an offshore legal strategy, you put yourself at risk.

A Personalised Offshore Plan Makes Sure You Are Protected.

Get My FREE Offshore Plan

No Obligation. No-Risk. Completely Confidential.
Tailor-Made Customised Offshore Solutions.
Made Completely For You.
Please Note: We do not include prices on our website as each situation is unique.
Get in touch for a customised solution and price quote 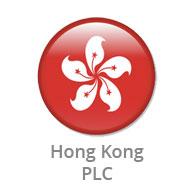