The Marshall Islands, a small yet opportune tax haven for offshore company formation is located in the South Pacific and offers a range of offshore financial products for the savvy international investor.

The Marshall Islands Business Corporations Act exempts all International Business Companies (IBC) or Non-Resident Companies as they are referred to, from paying any local taxation. Offshore Bank accounts are also possible to establish in conjunction with a company and still are accepting non-residents without too many hassles.

Corporate legislation permits the use of an offshore vehicle to be used for virtually any type of business venture, save a few. This has attracted a large amount of foreign investing and businesses who have come to the islands since 1990 to make the most of the advantageous market. The distinction that sets the Marshall Islands apart from the other offshore jurisdictions is that the corporate legislation allows companies to be taken public as well as raise capital and carry out third party trading.

Together with their inviting tropical climate, absence of tax information-sharing agreements and confidentiality laws makes the Marshall Islands a popular choice for individuals and companies looking to form an offshore company in the South Pacific. 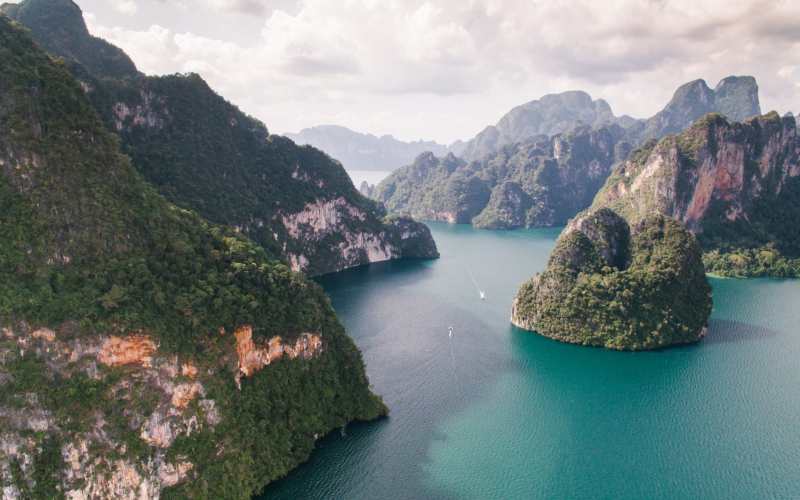 The Marshall Islands as a Tax Haven Benefits

In-Depth Information about the Marshall Islands as a tax Haven

The islands were seen to be apart of the Spanish East Indies in the 1874, later to be sold to the Germans and then occupied by the Japanese to be finally conquered by the US during World War II. The US gave the islands, that were part of the Pacific Islands at that time, self-governance in 1979 and full sovereignty in 1986 under a Compact of Free Association with the US.

The Marshall Islands is a presidential republic in free association with the US, in which the US provides defence and social services. Elections are held every four years to the lower house called the Nitijela.

The President is the head of state as well as the head of the government and is elected by the thirty-three senators who make up the Nitijela. Legislative power rests in the Nitijela, with the upper house called the Council of Iroij, which acts as an advisory body compromising of twelve tribal chiefs.

The executive branch consists of the President and the Cabinet of ten members who are appointed by the President. There are four political parties in the Marshall Islands: Aelon Kein Ad (AKA), United Peoples Party (UPP), Kien Eo Am (KEA) and the United Democratic Party (UDP).

The Marshall Islands lacks natural resources and is mostly reliant upon a service economy. Fishing and agriculture also make a part of the market, though aid from the US represents a large portion of the islands GDP. The legal tender is the United States dollar.

The Gross Domestic Product (GDP) of the islands in Purchasing Power Parity (PPP) in 2011 was USD 150 million making the per capita income USD 2,500. The United States provides USD 57.7 million a year in assistance under the terms of the Amended Compact of Free Association that accounts for 60% of the country’s GDP.

Services, agriculture, and industry are the main sources of GDP for the Marshall Islands, compromising 60%, 22% and 18% respectively. The largest exports are oil and copra cake with the islands main trading partners being the US, Japan, Australia, New Zealand, Guam, and Singapore. The largest employer of the Islands is the government of the Marshall Islands, who employ 30.6% of the workforce.

Agriculture is grown in small farms, the main commercial crops are coconuts, banana, taro, pandanus, melons and breadfruits. The more modern economy is located on the islands of Majuro and Ebeye, which consists of banking, insurance, service, tourism and food processing. Fishing has also been an integral part of the economy of the islands and provides for a large part of the country’s foodstuffs.

The Marshall Islands are served by one main international airport in Majuro, while there are several other smaller airports and airstrips in the surrounding islands. The islands have several radio stations as well as broadband Internet services.

The people of the Marshall Islands are said to have been settlers from Micronesia who came to the islands during the 200 BC. European explorers first came to the islands in the 1520’s, the areas navigated and charted by the Spanish. The name stems from a British explorer John Marshall (1788).

There are two official languages, which are English and Marshallese, which the latter is seen as apart of the Malayo-Polynesian group of languages. In 2009 the total population of the Marshall Islands was estimated to be at 68,000 with a density of 342.5 people per square kilometre.

Religion plays an integral role in the identity and culture of the Marshallese people. The United Church of Christ 51.5%, Assemblies of God 24.2%, the Roman Catholic Church 8.4% and the Mormons 8.3% make up the majority of churches and faiths in the islands, with several other minority religions including Muslim and Baha’i Faith.

The culture in the Marshall Islands is similar to other islands in Micronesia and Polynesia in the South Pacific. Oceanic navigation, shipbuilding, canoe making and racing, were all important elements of Marshallese traditional culture. Elements of local traditions together with modern influences are still seen today through the display of local customs, ceremonies and practices.

The details related to the formation of companies and non-resident companies is detailed and enshrined under the Association Law of the Republic of Marshall Islands 1990, which includes:

There are no taxes for any Marshall Islands Non-resident Domestic Corporations, which includes all taxes including, but not limited to:

However, there are taxes that are required to be paid if one is a local resident and conducts business within the country with a local corporate tax rate of 3%.