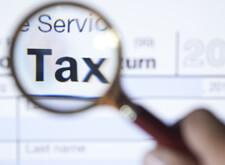 If you own a business, you generally have the right to organize it in a way that ensures you pay no more taxes than necessary. This strategy, known as tax avoidance, involves using legal means to reduce taxes.

Typically, your offshore business will be considered a CFC unless a couple of conditions are met:

Although CFC definitions differ between countries, a number of taxpayers across North America, Australasia, and other nations have found that structuring offshore assets around a Panama Private Interest Foundation, or PPIF, is a sound strategy for tax optimization.

Modeled after the Stiftung, a family foundation formed under the laws of Liechtenstein, the PPIF was developed as a way to make Panama a center of offshore investment.

A Panama Foundation offers owners of offshore assets the opportunity to structure those assets so that they will not be defined as a CFC. Under the laws of Panama, the PPIF is an entity completely separate from the business owner.

When the majority of a corporation's shares are subscribed to the PPIF, it no longer meets many nations' criteria for being considered a CFC. Although U.S. residents must contend with additional hurdles posed by IRS regulations, a Panama Foundation is generally an excellent choice when it comes to making sure you pay a fair tax rate on your foreign assets.

Owning a foreign asset can result in a significant tax burden if the asset is classified as a CFC. Fortunately, subscribing some of the shares of a foreign asset to a Panama Foundation can prevent it from being considered a CFC in many countries. The definition of a CFC varies from nation to nation, and the regulations involved can be complicated.

Offshore-Protection.com is here to guide asset owners through the process of structuring their assets so that they will be taxed fairly. Feel free to contact us with questions about taxes on your foreign assets or to set up a tax-optimized structure.