Panama as a Tax Haven

[Excerpted from "Tax Havens of the World" by Walter H. & D.B. Diamond.]

Once regarded as the Western Hemisphere's primary financial and trading tax haven, Panama's status as a banking and free trade zone sanctuary was severely curtailed in the late 1980's because of the infamous Noriega affair. Panama has since recaptured its prominent position as one of the most attractive and successful offshore jurisdictions. By the mid-1990's, Panama's economy had made an impressive recovery and virtually all of the refugee funds that left the country had returned and exchange reserves had been restored.

The Panama business community is back to normalcy and new records are being set in several segments of the economy, including peak revenues from the enterprising Colon Free Zone and from Canal Zone shipping traffic. However, the United States Embassy in Panama and several major multinationals in the United States have criticized the Panamanian Government for its "monopolistic" markets and "unjust" treatment of United States investors doing business in Panama.

Gross national product has been averaging an annual increase of 6% in the past few years while the construction industry has been growing by 60% annually. By 2001, activity in the Colon Free Zone had grown to exceed $19 billion and handover of the Panama Canal by the United States, Panama successfully faced the challenges of running Canal traffic efficiently, widening the 51-mile long waterway so as to permit large modern ships to sail through, and successfully developing 535 square miles of land on a commercial rather than the previous nonprofit basis.

After the successful invasion by the United States military forces to restore democracy to Panama and the return of the previously-elected government of President Guillermo Endara to control country, Panama embarked upon rehabilitation of its economy without the hindrance of General Noriega's presence. One of the first steps taken by the Government was passage of a law creating incentives for development of small and micro businesses, exempting them from income, property and other taxes.

The Government has also approved a revised program to establish export processing zones in which a 20-year exemption from income tax and exemption from restrictive clauses of the Labour Code are some of the benefits being offered. The zones were designed to attract Asian capital. Foreign investment is flowing back, with China, Hong Kong and Taiwan investing heavily in the first stage of a major infrastructure and computer project now that the Asian currency crisis of 1997 has been tamed.

Since Noriega's unlamented departure, about 50,000 new companies have been formed. The resurgence of Panama's stature as a tax haven was helped by more than a billion dollars of aid and the repatriation of hundreds of millions of dollars of refugee funds, which had sought other sanctuaries.

The standstill in offshore banking transactions and loss of business confidence in Panama's financial status primarily were responsible for the transfer of domiciles of hundreds of United States and European multinationals to more politically stable tax sanctuaries at that time where the redomiciliation laws welcomed the arrival of companies from other nations. However, the estimated $30 billion in offshore funds that left Panama has now returned.

The traditionally strong shipping industry had suffered severely by the transfer of some maritime registries to such other flagship carriers as the Bahamas, Bermuda, the Cayman Islands, British Virgin Islands, Liberia, Singapore and Vanuatu but has steadily recovered. Lifting of the embargo by former President Bush, allowing Panamanian ships to call at United States ports, finally stopped a heavy outflow.

Panama's New York City Office of Consular and Maritime Affairs, the only one outside the country empowered to handle safety inspections and issue licenses, is as busy as ever. Partly because of the political turmoil in Liberia, for the first time Panama has outranked Liberia not only in total number of registered vessels but also in total gross tonnage. The Panama registry has recorded more than 70 million gross tons compared with Liberia's one-time high of 51 million. Even before political strife descended upon the Republic, other shipping alternatives, including pipelines, airlifts and inter-modal sea-to-rail transport, and growing competition had caused deep concern in the Panamanian maritime industry.

Lifting of sanctions and unfreezing of $400 million of blocked assets by the United States also eased the road to recovery. United States banks have reopened and issued new lines of credit for trade. Unemployment has dropped from 31% to 12%. The trade deficit of $350 million is more than offset by some $800 million of servicing income. Bank deposits have doubled since 1990.

"A Proposal for Economic Reconstruction" in the hands of the Government includes substantial amounts of United States financial aid. The United States Congress initially approved $420 million of aid to Panama, but withheld $80 million until Panama signed of mutual legal assistance treaty covering tax evasion in addition to money laundering.

After negotiators reached a compromise, the treaty covering drug dealing and money laundering but not related to purely fiscal matters generally was disappointing in attaining the objective as the Government was not as cooperative as hoped in clamping down on money laundering and drug abuse.

Although Panama was one of the first Caribbean nations to adopt a money laundering law in 1994, the Administration has been under constant pressure from the United States, OECD, FAFT, and other world organizations critical of the Caribbean Islands for being lax in tightening laws against crime, drug smuggling, and money laundering. In fact, Panama was declared a "harmful" tax haven in the OECD Report, placed on the "black list" of the Financial Action Task Force, and graded "uncooperative" by the Financial Stability Forum.

Finally, in 2000 Panama adopted four stringent decrees to further screen out perpetrators of those unsavory devices used by money launderers around the world. These measures were: 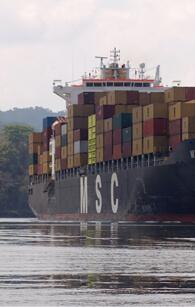 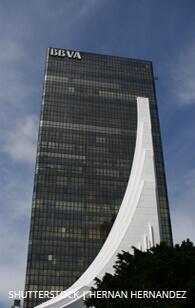 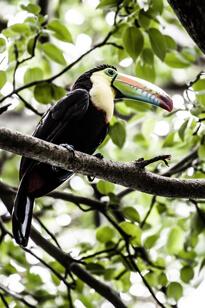