Crypto Alt-coins & Passive Income: How to Get Started? 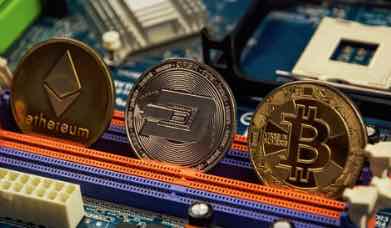 If you’re familiar with cryptocurrency, you’ve probably heard the term “altcoin” thrown around before. It’s generally used to describe any cryptocurrency that isn’t Bitcoin, given the massive market share Bitcoin enjoys in the crypto space.

But altcoins represent an evolution of the cryptocurrency industry, bringing improved speed, lower transaction fees and programmability in the form of smart contracts.

With all of these upgrades comes some innovative and bleeding-edge mechanisms to earn passive income on your crypto holdings. Robust and risk-free schemes are already set up to maximize your investment and the opportunities are only increasing.

What is an Altcoin?

Bitcoin enjoys a dominant 42% share of the crypto market, but for a while there, it ran virtually unopposed. For this reason, when it comes to cryptocurrencies, there’s Bitcoin and then there’s everything else – the altcoins. Different altcoins number in the tens of thousands and can range from robust proof-of-stake blockchain networks with smart contracts, all the way down to meme coins about dogs.

Some altcoins are created to solve real-world problems, others are designed purely to try and generate capital for their investors. There is such a wide variety of altcoins out there, over 10,000 and counting, it’d be impossible to categorize them all.

Some of the larger ones include Ethereum and its smart contract layer 2 network, Cardano and its efficient proof-of-stake smart contracts and Binance’s Smart Chain.

Now while altcoins haven’t quite risen as fast and as hard as Bitcoin has, many of them have still seen impressive growth in just a short amount of time. This is due to the capabilities of these upgraded blockchains and the net effect of public sentiment piling into cryptocurrency.

Bitcoin has long been criticized because of a handful of key limitations, the first one being speed. Sure, processing 3-7 transactions per second with a confirmation time of 10 minutes sounds fast when you compare it to the 3-5 business days it can take to send cash around the world, but that’s a single transaction. If you start trying to pump the kinds of transaction volume that Visa or Mastercard processes, all of a sudden, the congestion on

Bitcoin’s network becomes unbearable. And as an added bonus, when this congestion hits  Bitcoin, the fees escalate proportionately topping out an all-time average transaction fee of  $US50 in May 2021.

Bitcoin’s second major criticism is its inefficiency. During 2021, the Bitcoin network will have used more than 200 terawatt-hours (TWh). That’s more power than the whole of the  Netherlands uses in a single year. In fact, it consumes more energy than all global data centres combined.

To Bitcoin’s credit, a good chunk, almost 40% of miners are being powered by renewable sources but in an age where we are more climate-conscious than ever, this is unsustainable.  Especially when you consider that as the remaining 2 million or so Bitcoin are mined, the difficulty of the mathematical problems miners needs to solve increases exponentially.

With this increase in difficulty comes a greater power consumption. Bitcoin’s power problem is only going to get worse as time goes on.

Many altcoins have attempted to address this by pivoting to a less energy-intensive way of validating transactions. Projects like Cardano use 99% less power, operating the entire network on around 6 GWh of energy per year. Similarly, Ethereum plans to move from  Bitcoin’s energy-intensive proof-of-work system to a proof-of-stake system in Eth 2.0.

The final limitation on Bitcoin experiences is a lack of programmability. Bitcoin is old tech,  slow and cumbersome with little room for any kind of 2nd layer applications that can interact with the blockchain.

Altcoins like Ethereum have opened up the world of decentralized finance or DeFi allowing users to swap, buy, mint NFT’s and execute smart contracts. Other altcoins have joined the space too, Solana, Cardano and Binance all have growing DeFi ecosystems where tens of billions of dollars worth of value is traded every single day.

Within these DeFi applications or DApps, developers have created new and exciting ways for crypto holders to earn rewards based on their activity and the amount of currency they own.

Let’s take a look at a few of those mechanisms now.

You’re probably familiar with the big crypto exchanges. The likes of Coinbase, Kraken, eToro,  RobinHood etc. These exchanges are what we call “centralized exchanges”. They have regulatory requirements and must collect an exhaustive list of personal information before you can start trading on their platform. This becomes a problem when the country you are living in bans or restricts the trade of cryptocurrency.

Yields are driven by supply and demand and vary from platform to platform. Not only are the rates you can expect extremely competitive with those in the regular financial markets,  but your funds are relatively safe, locked away in a smart contract that only you can terminate.

For more: Offshore Company for Crypto

As a reward for providing liquidity to an autonomous trading pool, depositors are rewarded with trading fees and liquidity provider (LP) tokens. To earn an additional yield on deposited digital assets, users can then stake their LP tokens in “yield farms”.

Yield farming has become a popular way to earn passive crypto income, but like DeFi lending, it’s one of the riskier ventures in the crypto markets. Over the past five years, DEX’s have been the targets of multiple hacks, exploits and thefts creating losses of hundreds of billions of dollars for everyday crypto users.

It’s one of the drawbacks of an unregulated ecosystem with no one at the helm – there’s no one to help if your funds are stolen from an exchange.

Despite the risk, the impressively high yield rates attract a lot of attention from crypto enthusiasts. Popular DEXs include Uniswap and SushiSwap on the Ethereum network, PancakeSwap on the Binance Smart Chain and SundaeSwap on Cardano.

Another new mechanism that has arrived with the emergence of third-generation proof-of-stake blockchain technology is the concept of staking. Think of staking like short-term deposits. First, you deposit an amount with a bank for a set period of time. During that time, the bank uses your cash to fund its various lending and trading operations. At the end of that set period, your principal is returned along with an agreed amount of interest.

In the crypto world, you delegate or “pledge” an amount of the network’s native asset to a  “node” or “stake pool”. These guys act like the miners of Bitcoin, validating transactions and receiving newly minted coins as a reward. They then distribute these rewards to everyone who had staked to their node or stake pool. 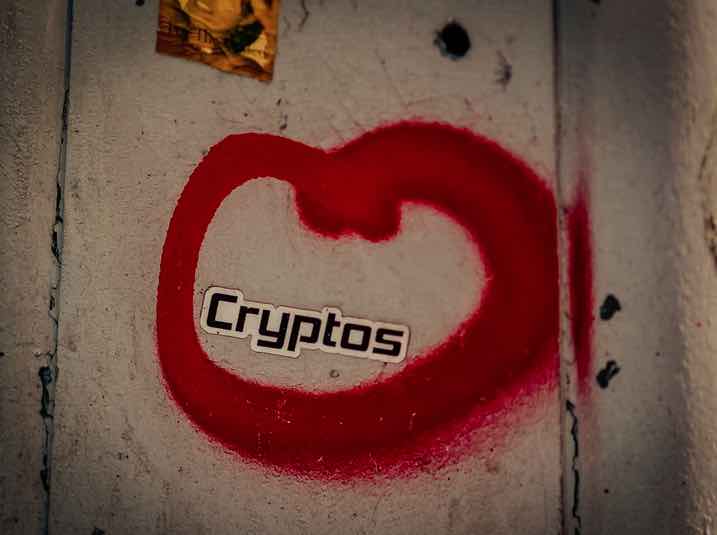 The theory behind this mechanism is that staking your cryptocurrency is like a vote of confidence in the good intentions of that node operator. With enough native currency “vouching” for a transaction validator, that stake pool can be trusted to process transactions.

The staking process does differ from network to network, with some requiring advanced software setups and a continuously running validator node while others simply require you to hold the assets in the official wallet. Some altcoins like the proposed Eth 2.0 coin require you to give up the coins during this predetermined staking period, whereas others like  Cardano are non-custodial, meaning you can keep your funds on a hardware wallet and still earn staking rewards.

Running a Node or Stake Pool

If you have a decent amount of a specific cryptocurrency and want to earn even more crypto passive income, you could run a masternode, stake pool or Bitcoin lightning node.

Masternodes, also known as bonded validator systems, are a special type of nodes that performs specific functions within a crypto network.

In the Dash (DASH) network, for example, masternodes power the network’s PrivateSend and InstantSend functions and provide governance voting rights to operators. To run a Dash masternode, however, operators need to be able to stake 10,000 DASH tokens, the equivalent of $US1.6 million. This makes running a DASH masternode outside the reach of most people.

Stake Pools can be a little cheaper to run, a Cardano stake pool can famously be run on a Raspberry Pi as long as enough delegators stake their cryptocurrency to the pool. Stake Pool Operators or SPO’s set the conditions of staking including how much reward is passed on to the delegator.

Alternatively, setting up a Bitcoin Lightning Node or LN allows you to both contribute to the expansion of the crypto network and earn a few Satoshis every time someone transacts using your channel.

Risks and Getting the Right Advice

Cryptocurrency really is the emergence of a global financial revolution and its adoption into the mainstream is all but a matter of time. Despite its inevitability, you still need to be careful when investing in risky and volatile assets.

There’s the ever-present risk of scams, rug-pulls and even reputable exchanges being hacked. In 2014, Japanese exchange MT Gox had approximately 850,000 Bitcoins stolen from its hot wallet by hackers.

Getting involved in the cryptocurrency market can be overwhelming and without the right knowledge, you could potentially make very costly mistakes. Add to that the mountains of misinformation floating around on the internet, it can be hard to cut through all the noise.

While the “entrepreneur crypto day trader” title may sound appealing, going it alone is only for the very savvy investor with a breadth of tech knowledge.

***Note for U.S. citizens: Due to the introduction of FATCA and CFC laws, US citizens are limited in their tax reduction possibilities. Please be aware that if you are a US citizen you can not open a company tax free without moving your residence. If you reside in the US you are obligated to pay taxes on all worldwide income. Read more here about FATCA and CFC laws.

Asset Protection & Financial Survival Strategies to Secure your Future
How To Protect Yourself, Your Assets And Your Freedom