Criteria to Look For When Choosing the Best Offshore Bank

There are a few things you should consider before deciding to open an offshore bank account.

This article will break down some of the factors that will influence your decision when you decide to go offshore.

Finding an economically and politically stable country is likely to be the most important step when trying to find the best place to open your offshore account.

Undoubtedly one would want to find a country that has a political and economic history that is rooted in sound domestic and foreign policies that is not prone to political violence, or economic manipulation.

Uncertainty and instability is likely to affect the banking system as well as the money supply.

Often times in tumultuous countries, you will see capital controls, currency manipulation as well as drastic changes in inflation and interest rates.

For instance, Switzerland and Liechtenstein both have a stable history of political and economic certainty. They have low inflation, sound banking policies and have no recent use of capital controls. Not to mention they are regarded as being some of the best places in the world to open an offshore account. Though they might check all the right boxes, that doesn't mean it is right for you.

However, a countries history factors will narrow down the number of banks to choose from considerably.

2. Set up a Bank Account in Person or Remotely?

Another important consideration is whether or not you need to open an account online or if you don’t mind to visit the bank in person.

Many banks now require in-person visits, as KYC rules are much tighter after the push toward greater global transparency.

If you decide that you would like to open a bank account online and avoid the hassle that comes with in-person visits, then this will greatly reduce the number of banks that you would be interested in as places like Hong Kong, Singapore, Switzerland, and Panama generally, all have in-person requirements.

However, there are still a number of banks that allow quick and easy online registration in places like, Belize, Andorra, Marshall Islands and Nevis.

A few other important aspects to consider is what part of the world would you like your bank to be located? And does the bank employees speak the same language as you?

Having a bank that speaks the same language is definitely a plus, as well as it being in relative geographic proximity to your primary residence, though this may not be a concern for some having the option to stop in for a visit might sound appealing.

Banking secrecy laws and privacy measures can be an important aspect of determining where you would like to open an offshore account. There are a number of jurisdictions that treat banking secrecy very seriously,

Tax treaties (TIEAs) and the Common Reporting Standard (CRS) compromise your privacy, and unfortunately, it looks like these are here to stay, however, the good news is that these measures are limited to your own government, and does mean your information is open to the public.

Places like Panama and Nevis, for instance, have strong secrecy laws that prevent people from revealing client information. If a bank or broker reveals a client's details it is a criminal offense.

Having a completely anonymous bank account is much more difficult, though not impossible as it primarily depends upon your citizenship and the country where you reside.

Though it is more difficult than previous years due to changes in transparency laws. If you are a citizen and reside in a country that is not a signatory of the CRS then it is possible to achieve higher levels of privacy.

Each county has its own unique laws that will determine what you are liable to report to the tax authorities. Though privacy is maintained within the offshore jurisdiction that you bank in, the real issue is more to do with where you live and the passport you carry.

For instance, If you are an American you must report all foreign accounts, no matter where you live, or what bank you do your business with. If you hold a UK passport on the other hand AND if you move to a country and reside somewhere that is not a signatory of the CRS and does not have CFC laws then you likely will be free of needing to declare and pay taxes on those assets (if they were worldwide assets that were never brought within the country).

Likewise, if you live or are a citizen of Serbia or Georgia or several other Easter European countries you are in the clear, as well as in several Asian countries like the Philippines and Cambodia.

Nominee and Signatory services can help provide added layers of security and privacy, by appointing a lawyer who legally has the right to sign on your behalf; however, if you are legally obligated to report to your government, you are risking serious consequences of neglecting to do so.

Nominee services are not used to hide from the government, but for personal discretion.

An important factor that should be researched before choosing a country to open an account in, is to see if the banking system is founded upon sound financial policies.

This can largely be deduced by the government's and central banks' financial policies.

If we look toward the US, we see that the government is very closely connected with the central banks, both of which run huge deficits.

If a central bank has policies that allow for excessive risk-taking like risky derivative trading together with low liquidity requirements, that can be a potential red flag.

All it takes is a few bumps in the market for some investments to go bad, creating an uncertainty that can easily lead a few depositors to withdraw their money. If enough depositers start withdrawing their money due to uncertainty or lack of faith in the bank, the system or the economy then a bank is in serious trouble if all they have on hand is 2-3% of all assets.

Similarly, doing a little digging on the bank itself will help to see what its past financial history looks like, take a look at their financial records to see what their numbers look like.

If a bank has low capital reserves and has overexposed investments (think sub-prime real estate) then they may be at risk if that particular sector faces a downturn. In Cyprus or Greece back in 2008 a similar scenario unfolded where banks simply had no money to give depositors who were trying to withdraw their money.

Ideally, this type of number crunching should be done with a financial advisor or someone who has a working relationship with the bank to make sure you are getting the numbers correct.

Understanding whether the bank has adequate capital services to cover any potential losses and whether the assets are liquidy will begin to reveal a clearer picture of the bank and its financial foundation. A bank should have enough assets that are easily transferable or that are not long term physical investments, such that there is enough cash on hand to cover crises whereby the bank can manage to cover a large number of customer withdrawals (over a short period of time) should the situation arise.

The credibility of the bank, its prior record and how long its been around are important considerations, especially when dealing with foreign corresponding banks who are routinely turning away small unknown offshore banks who do not have sufficient credibility.

If you are opening a corporate account some additional documents will be needed, such as:

Whatever your situation there is a foreign banking jurisdiction that is likely more stable, more liquid and provides much safer banking possibilities than most domestic banks.

Diversifying your assets across different jurisdictions and accounts is worth it, just make sure you find the best bank that works for you. 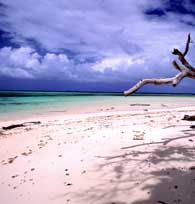 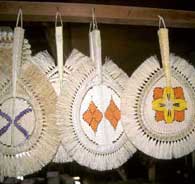 Gone are the days of adding an offshore company to your virtual shopping cart.
There are no longer one-size-fits-all offshore solutions.
New tax laws are radically shifting the global offshore market.
Without a one-on-one offshore plan, you unnecessarily risk your future.
A Personalised Offshore Legal Strategy ensures you will not be left in the dark.
No Obligation. No-Risk. Completely Confidential.
Tailor-Made Customized Offshore Solutions.
Made Completely For You.