The Rise of International Finance Centres

The stereotype associated with the words ‘offshore tax haven’ is depicted with many negative connotations, many of which are often exaggerated depictions and plagued with erroneous associations.

Accompanying imagery brings up tropical Caribbean destinations in which greased whiten linen suit wearing mafioso types hand over briefcases full of unmarked currency to a local attorney who launders the money through an intricate series of offshore transfers.

The exaggerations, largely conjured up through Hollywood blockbusters, fills the head with such conceptualizations by exploiting the publics craving for tabloid-like headlines. As if often the case, the reality is a far cry from the romanticized picture captured by the camera.

A Brief on the History of the Offshore System 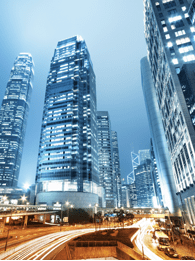 The Offshore financial sector can be seen to have first begun in 1815, Vienna, when Switzerland stated that it was to become a neutral state.

The industry developed slowly over the next hundred years and was primarily used by the European elite, remaining a relatively small scale industry.

It wasn’t until after World War II as the British middle class sought a way to protect their assets from a successive series of oppressive British governments who imposed a punishing top income tax rate of 90% that the development of a more expansive unregulated financial industry was established.

British legislation was passed during the 1960’s that gave permission for the use of trusts; together with the creation of the Euromarket this effectively gave banks permission to carry out unregulated deals with foreign entities if they used foreign currency, which both helped to create a more liberalized financial system.

The Unequal Balance of Power in the Offshore Market

The Real Reason Western Countries are against the Offshore Market

The rise of global communication technology has virtually eliminated boundaries creating a hyper-globalized economy allowing financial flows access to markets in all corners of the world.

This has enabled the spread of global transactions stimulating innovation and growth along many areas of the global economy.

However, the current trend of globalization is now fast becoming authoritarian, moving away from a hands-off liberalized version, as it has become entirely self-serving, governed and manipulated by the economic elites, Multi National Corporations (MNC), and powerful state governments and institutions that have to a large degree forced their agendas and policies on the rest of the world. 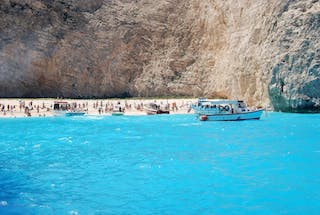